Restating his words as expressed in the Executive Order, Mayor Purzycki said today that Edward Loper, who gained national acclaim and received numerous awards and accolades throughout his life, gave back to the community by teaching for over sixty years, helping countless aspiring artists to “see color.”

“Wilmington is pleased to honor individuals such as Edward Loper who have significantly and positively affected our City’s history and culture through their exemplary accomplishments,” said the Mayor. “Mr. Loper, a self-taught artist who went on to become a nationally recognized painter and teacher, deserves this honor for his many contributions to the quality of life of our community.”

Born in 1916 in Wilmington, Edward L. Loper, Sr. grew up on North Heald Street on the city’s East Side. Inspired by fellow Delaware artists Andrew Wyeth and Howard Pyle, Mr. Loper taught himself to paint. In 1937, he became the first African-American to enter the Annual Delaware Exhibition at the Wilmington Society of Fine Arts, where he won an honorable mention award and, a year later, won the first prize.

In 1945, Mr. Loper gained national acclaim when his works were included in the historic exhibition “The Negro Artist Comes of Age” at the Albany Institute of History and Art.  Mr. Loper became a nationally recognized artist whose paintings are displayed in numerous distinguished museums and are celebrated for their vibrant use of color.  He also received many accolades and awards throughout his life, including an Honorary Doctorate of Fine Arts, an Honorary Degree of Humane Letters, and the Governor’s Award for the Arts. 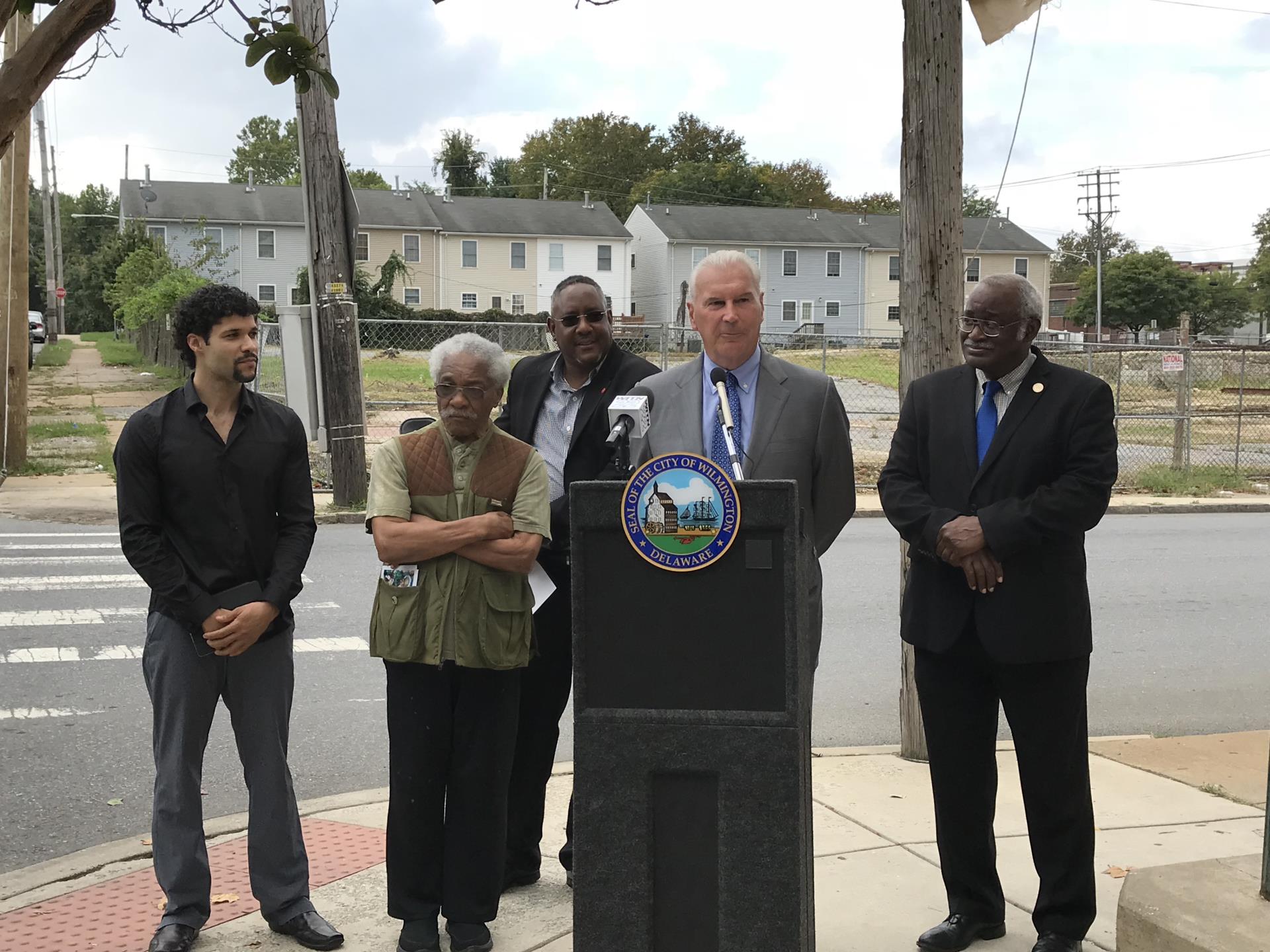