Mayor Mike Purzycki and Police Chief Robert Tracy today congratulated Wilmington Police Detective Thomas Curley, who was recently named a recipient of the 2nd Annual U.S. Attorney General’s Award for Distinguished Service in Policing. Detective Curley was one of 25 law enforcement officers and deputies from 12 jurisdictions across the country whose exceptional work was recognized by Attorney General Jeff Sessions and the leadership of the U.S. Justice Department.

Detective Curley, a 20-year veteran of the Wilmington Police Department, was honored with the national award for providing outstanding efforts in conducting criminal investigations to protect the people of Wilmington. He was responsible for, among other things, an investigation that led to the first successful illegal gang prosecution in Delaware, a verdict which was upheld by the State Supreme Court.

“I am extremely honored, but it is important that I give proper credit to the men and women I work with every day in the Wilmington Police Department because they are the reason I was nominated,” said Detective Curley. “Beyond the Department, I wish to thank John Downs from Delaware Department of Justice and the head of the Homicide Unit, with whom I have worked for well over a decade. A detective is not successful without the backing and support of departmental colleagues and other criminal justice partners. I have had wonderful support from both and I am most appreciative.”

“Thomas Curley is a dedicated public servant who represents the very best of Wilmington’s law enforcement professionals,” said Mayor Purzycki. “He works tirelessly in coordinating complex investigations in pursuit of justice for the victims of crime, and this special recognition is well deserved. The City is proud of Detective Curley and thanks him for his service to our citizens.”

“Detective Curley is dedicated to seeking justice for the victims of violent crimes, and he has certainly provided outstanding efforts in conducting criminal investigations to protect the people of Wilmington,” said Chief Tracy. “I am proud of Detective Curley as well as all of our members of the Wilmington Police Department and the incredible work that is being done."

About the U.S. Attorney General’s Award

The Attorney General’s Award recognizes individual state, local, and tribal sworn rank-and-file police officers and deputies for exceptional efforts in policing. The awarded officers and deputies have demonstrated active engagement with the community in one of three areas: criminal investigations, field operations or innovations in community policing. The Department received 207 nominations for 469 individuals ranging from state police departments, to local police, to campus public safety agencies. This award highlights the work that officers and deputies do to prevent, intervene in, and respond to crime and public safety issues. 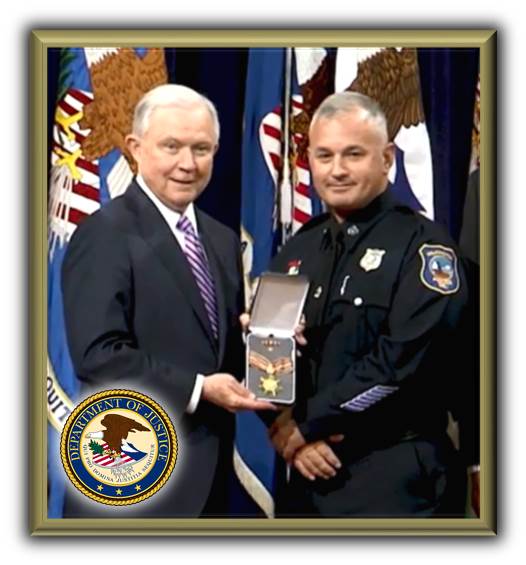