Wilmington Mayor Mike Purzycki today congratulated and thanked Scott Humphrey, President of Light Action Productions based in New Castle, for his decision to build a new multi-million dollar sound stage on Wilmington’s 7th Street Peninsula. The Mayor said he had encouraged Humphrey to move forward with his unique idea for some time and is very pleased that this project is finally moving forward. The Mayor and Humphrey said a groundbreaking will be held within the next month.

In an exclusive interview with Out & About, Humphrey said his company is building a 150,000-square-foot facility on 10 acres of land along the 7th Street Peninsula. The $8 million project will feature a 25,000-square-foot, 95-foot-tall soundstage called the Pine Box, which Humphrey says will be lit up and visible from Interstate 495.

“This soundstage will be for crews and companies that are either doing pre-production on a Broadway musical, or for a touring band that’s about to go out on the road, or for film or TV crews,” said Humphrey. “We’ve looked at moving to the city for a while, and I think this space will bring a sort of organic energy and lots of opportunity to the area.”

Mayor Purzycki said the City of Wilmington has been eager to facilitate the sale of the 20 acres of land that Humphrey’s company purchased on the peninsula. The Mayor said the location and availability of the 7th Street Peninsula property, while somewhat neglected, makes perfect sense for Light Action.

“There aren’t that many places in the city where you can find a piece of property that large, especially for a company of Scott’s size, with the need for external parking, all his big rigs, storage, and equipment,” says Purzycki. “We wanted to do everything we could to make the site attractive, but there was no particular assistance from us other than the commitment that we will improve road access at the site.”

The Out and About article quotes Humphrey as saying that once the facility is built, Light Action Productions’ warehouse – which will be filled with live entertainment production elements – will occupy 90,000 square feet, along with 30,000 square feet of space designated to design, video and lighting studios and conference rooms. Another 5,000 square feet will be reserved for office space and the final 25,000 square feet for the Pine Box.

Humphrey says he’s already spoken to industrial and manufacturing neighbors in the 7th Street vicinity about future plans for the area such as a restaurant, bar or possible hotel accommodations, although no plans have been confirmed. Humphrey said a grand opening celebration is tentatively scheduled for late 2019. 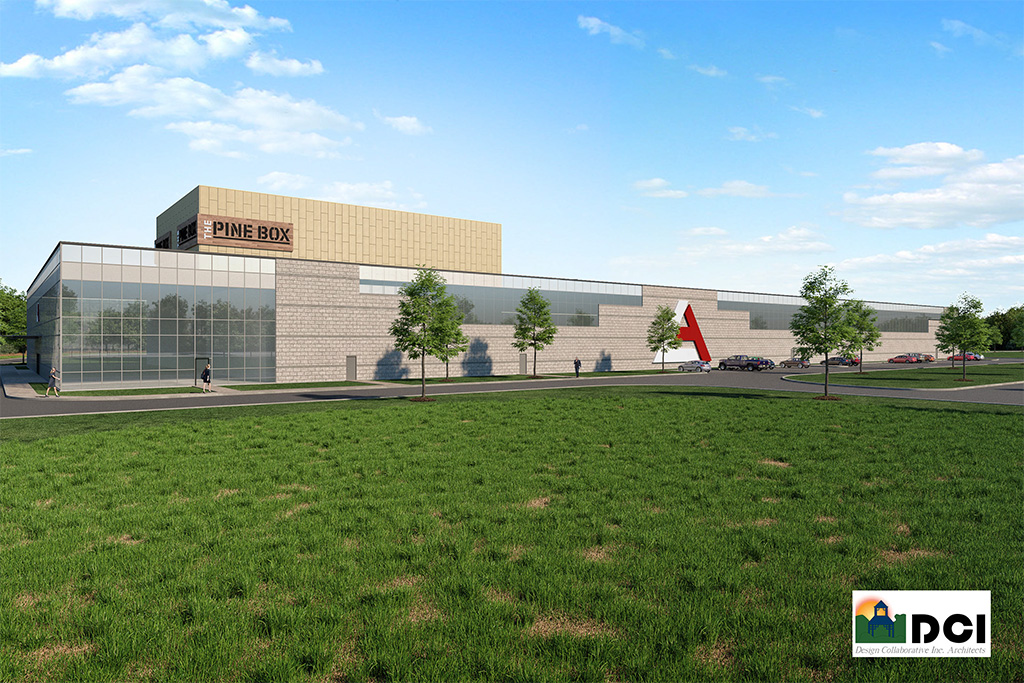 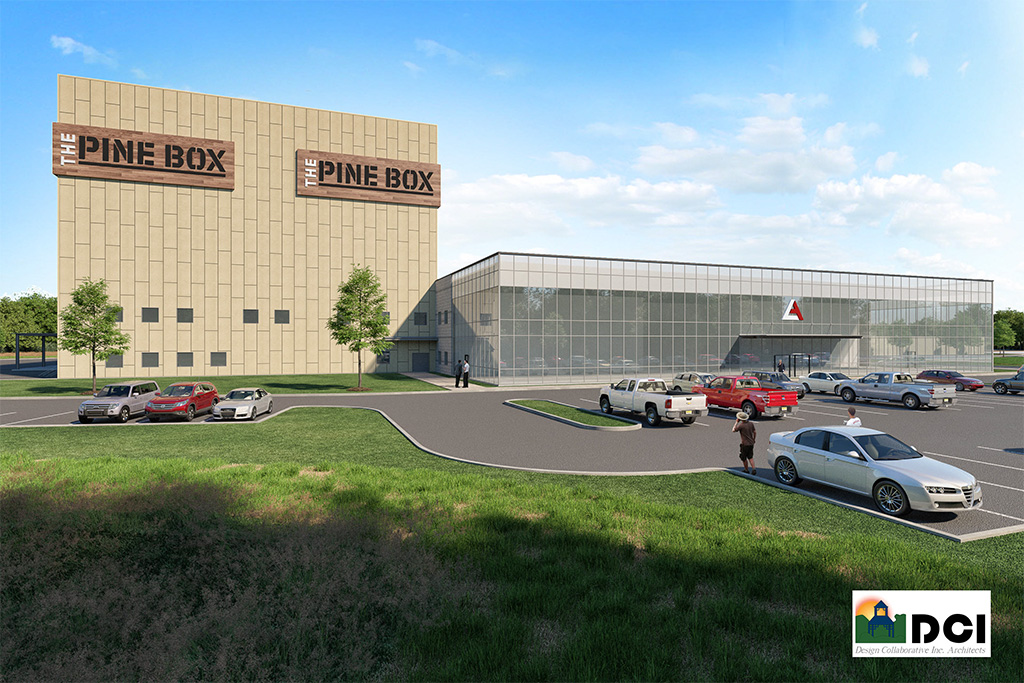 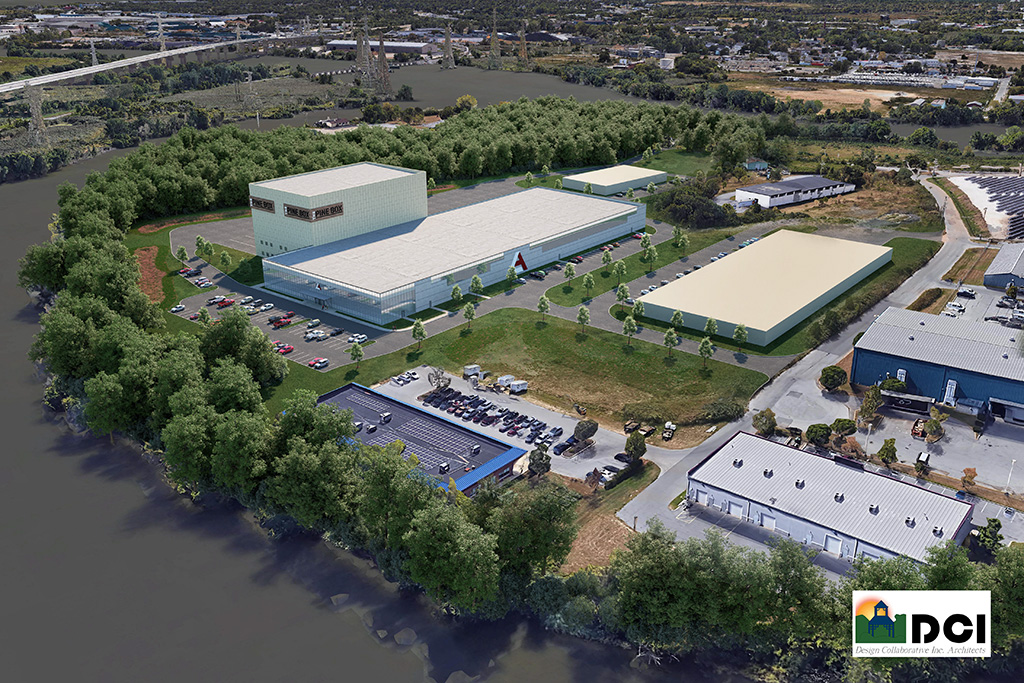