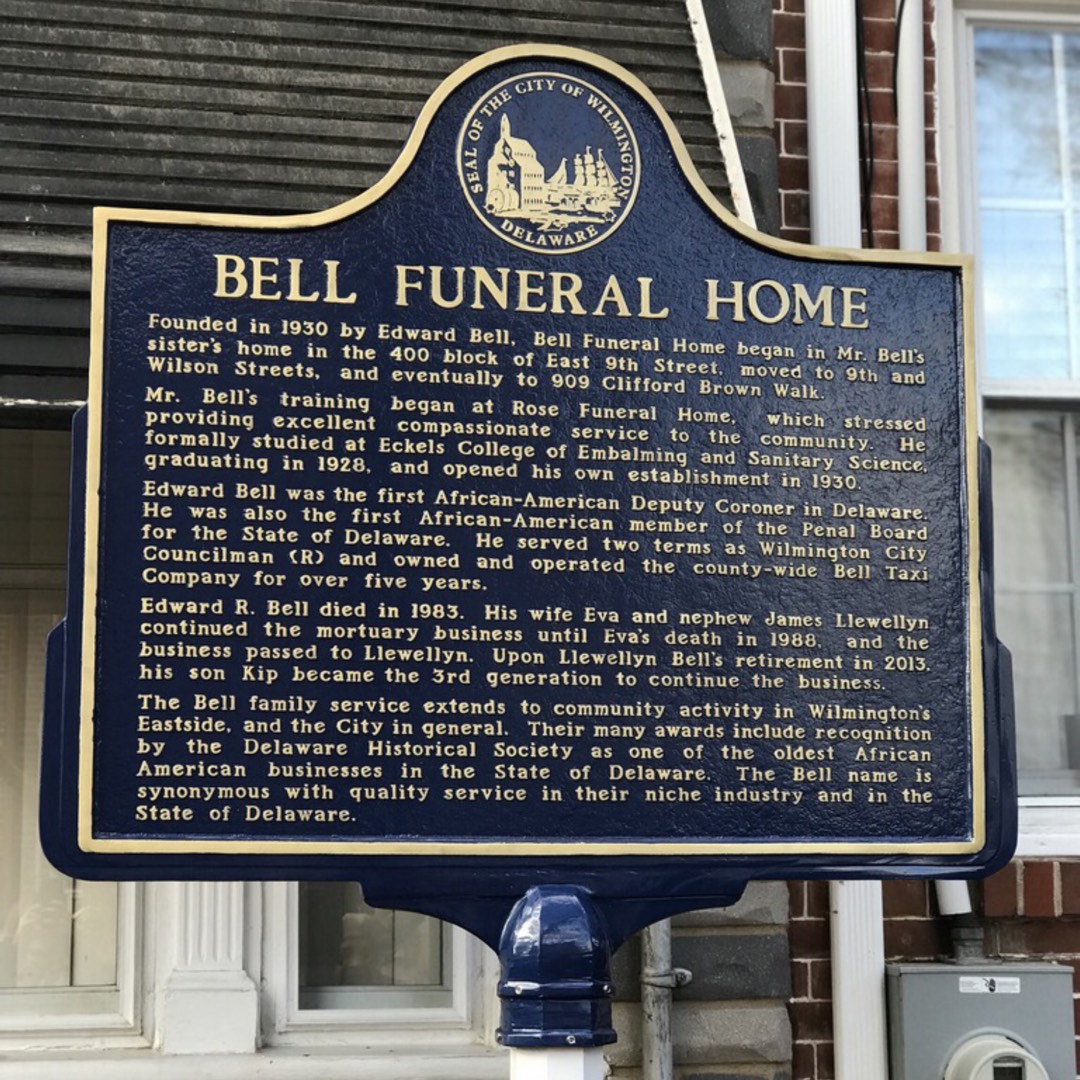 “Edward Bell was a true trailblazer, both as a businessman and as a public servant,” said Mayor Purzycki, “and the Bell name, over the years, has become synonymous with quality service. The Bell family has been an integral part of the East Side community for generations, and they have given much to the City as a whole. For these reasons, I am pleased to join with Council Member Oliver in honoring Edward Bell’s legacy with the unveiling of this historic marker today.”

“I am pleased to continue the ongoing and important effort to recognize notable and historic individuals and businesses, many of them on Wilmington’s East Side, that are of great importance to Wilmington’s African American community and to the history of our City,” said Council Member Oliver. “I thank the Mayor for joining with me today to recognize the Bell family’s contributions to our City and community.”

Edward Bell began his training at the Rose Funeral Home, and he formally studied at Eckels College of Embalming and Sanitary Science, graduating in 1928. He opened the Bell Funeral Home in 1930 in the home of his sister in the 400 block of East 9th Street in Wilmington. The business was then moved to 9th and Wilson Streets before finally settling at 909 Clifford Brown Walk, its present location. The funeral home is recognized by the Delaware Historical Society as one of the oldest African-American businesses in the state.

Edward Bell was the state’s first African-American Deputy Coroner as well as the first African-American member of the Penal Board for the State of Delaware. In addition, he served two terms as a Wilmington City Councilman, and owned and operated the Bell Taxi Company for more than five years. After Bell’s death in 1983, his wife Eva and nephew, James Llewelllyn, continued the mortuary business until Eva’s death in 1988, when the business passed to Llewellyn. Upon Llewellyn Bell’s retirement in 2013, his son Kip, daughter Kia, and their mother, Beverly, became the 3rd generation of Bells to continue the business.

In addition to the Mayor and Council Member Oliver, other speakers at today’s event included family members Llewellyn Bell and Beverly Bell, as well as City Council President Hanifa Shabazz, Bishop Aretha Morton and local business person Sammy Congo. Others in attendance included Council Members Ciro Adams and Va’shun Turner, as well as many people from the local neighborhood. 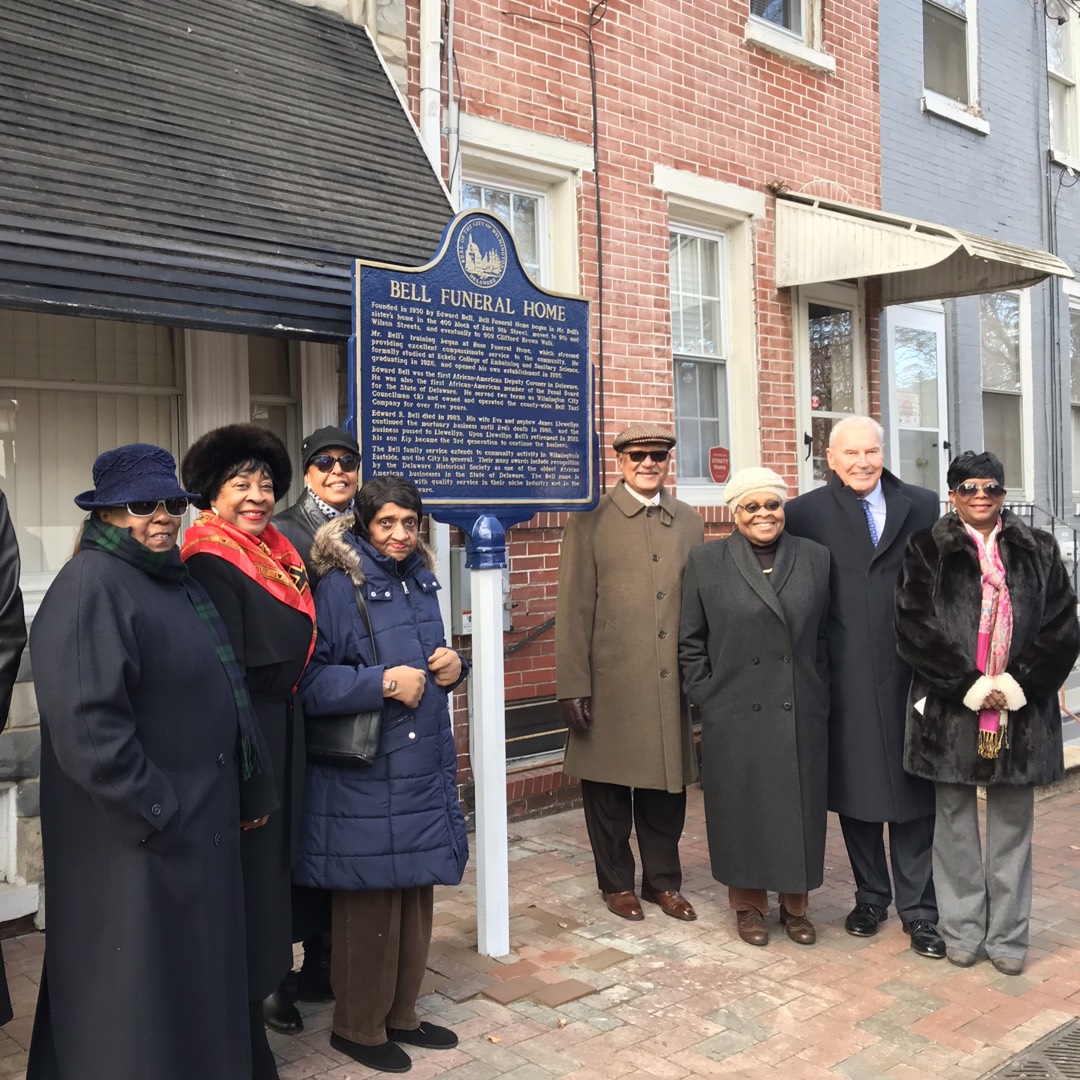 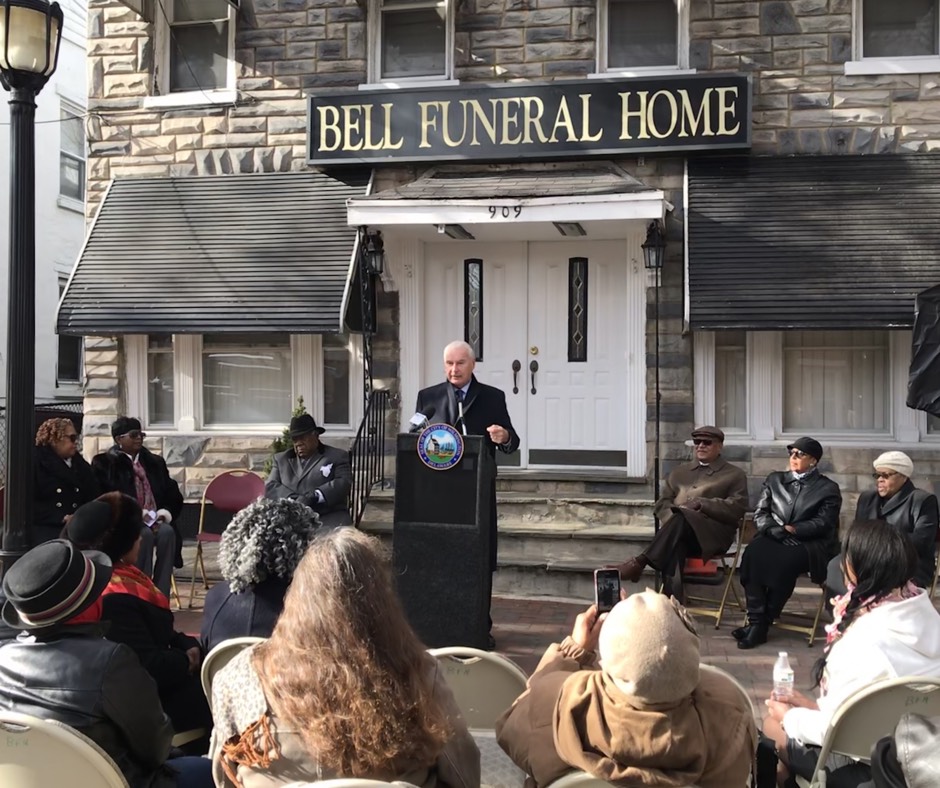