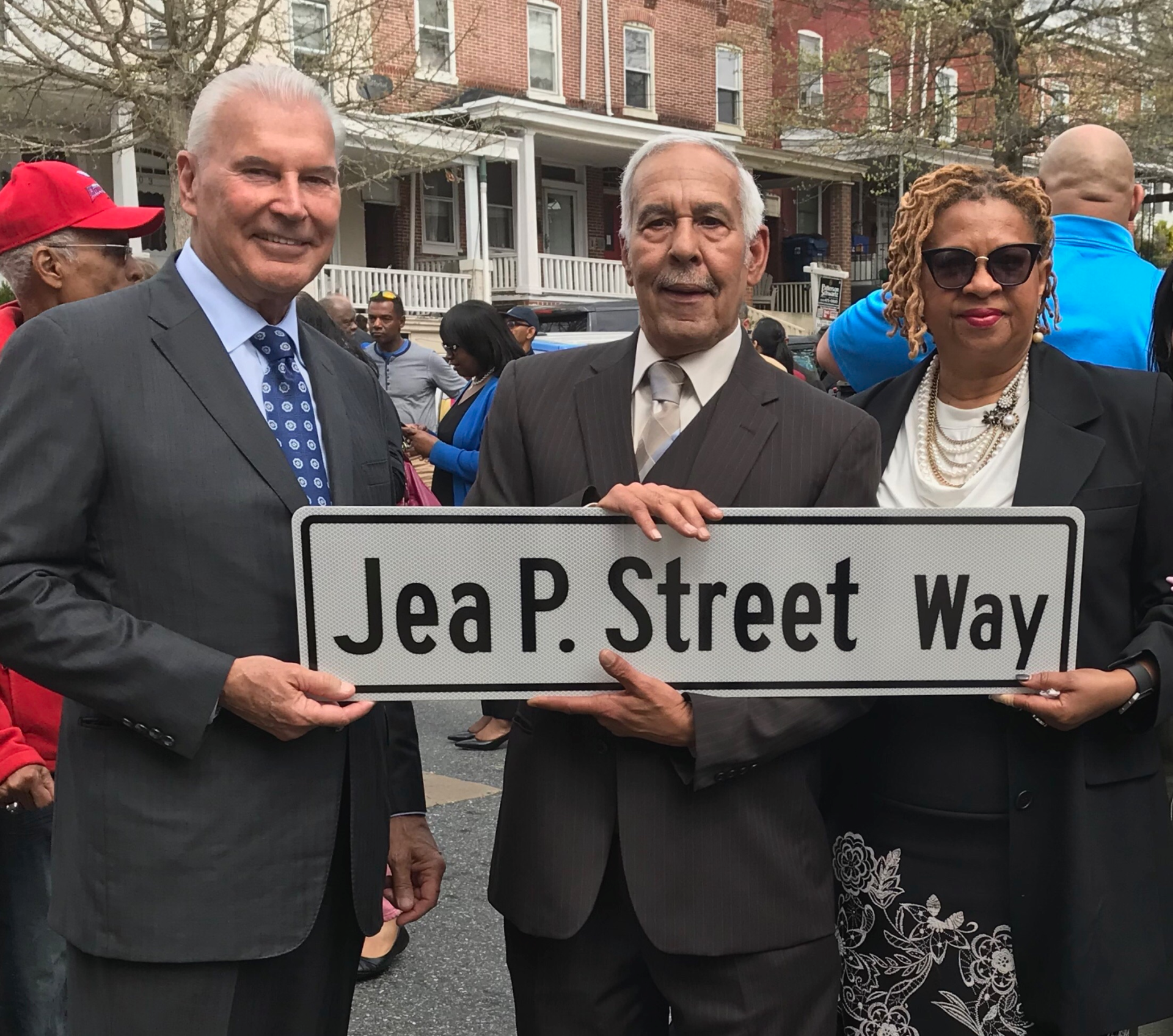 “No one has ever or will ever have reason to question Jea Street’s commitment to the thousands of children, families and constituents he has served and continues to serve during a long and distinguished career,” said Mayor Purzycki. “Two of Jea’s most respected qualities are consistency and tenacity. The community has greatly benefitted from both attributes, and many lives have been enriched. On behalf of the citizens of Wilmington, we thank Jea and commend him for an outstanding record of advocating forcefully for the needs of citizens.”

“Renaming this street after Jea will be a reminder to children and families whose life he has touched to continue on their life purpose and to give back and be the voice for the voiceless,” said Council President Shabazz. “This street renaming and the Hilltop Lutheran Community Center will be a reminder to this neighborhood and everyone throughout the City that they too can make a difference.

The following is the text of the Mayor’s Executive Order, which honors Jea P. Street’s dedication to a life of advocacy, activism and public service while seeking justice and fairness for all:

WHEREAS, the City of Wilmington is eager to honor individuals who have achieved prominence in the community and have had demonstrable and meaningful impact upon the city and its citizens; and

WHEREAS, today we honor Jea P. Street’s dedication of his life to advocacy, activism and public service seeking justice and fairness for all, but most especially his labor on behalf of the children of Wilmington in the area of educational access and equality; and

WHEREAS, a graduate of the University of Delaware who had previously attended the Wilmington Public School System, Jea P. Street served as executive director of the Hilltop Lutheran Neighborhood Center for over 30 years.  Council Member Street has served the community over his lifetime in many ways.  At various times, he worked as Wilmington’s Director of Parks and Recreation, and as chairman of the Coalition to Save Our Children, where he established himself as a strong and compassionate advocate for child education during the final stages of school desegregation.  Council Member Street currently serves the Wilmington community on the New Castle County Council in a seat he has held for over 14 years.  Over his lifetime, Council Member Street has received countless awards and accolades, including the ACLU’s Kandler Award for Student Advocacy in 2016, the Community Service Award from the New Castle County Chapter of the Delaware State Alumni Association in August of 2016, the Martin Luther King Service Award from the Organization of Minority Women in 2014, the Citizen of the Year from Omega PSI PHI Fraternity, Psi Iota Chapter in 2013, the Lion and Legends Award from Wilmington Metropolitan Urban League in 2013, the Community Service Award from Phi Delta Kappa Sorority in 2011, the Martin Luther King Award from Delaware Law School in 2011, the Community Service Award from Manna Christian Fellowship Church in 2010, the Education Award from NAACP Newark Branch in 2010, the 25-year Service Award from Hilltop Lutheran Neighborhood Center in 2008, the Trail Blazer Award from Clubs of the Seventies in 2008, the Education Award from Afro-American Historical Society in 2004, the Lifetime Achievement Award from Our Youth Inc. in 2004, the MBNA Community Hero, 1996 and many, many more; and

Whereas, based upon Council Member Street’s significant contributions to the City of Wilmington, and pursuant to Wilmington City Code Section 2-3(b)(2), the Mayor is honored to designate the 1000 block of W. 6th Street between Van Buren and Jackson Streets as “Jea P. Street Way.”

NOW, THEREFORE, I, Michael S. Purzycki, MAYOR OF THE CITY OF WILMINGTON, DELAWARE, DO HEREBY ORDER: 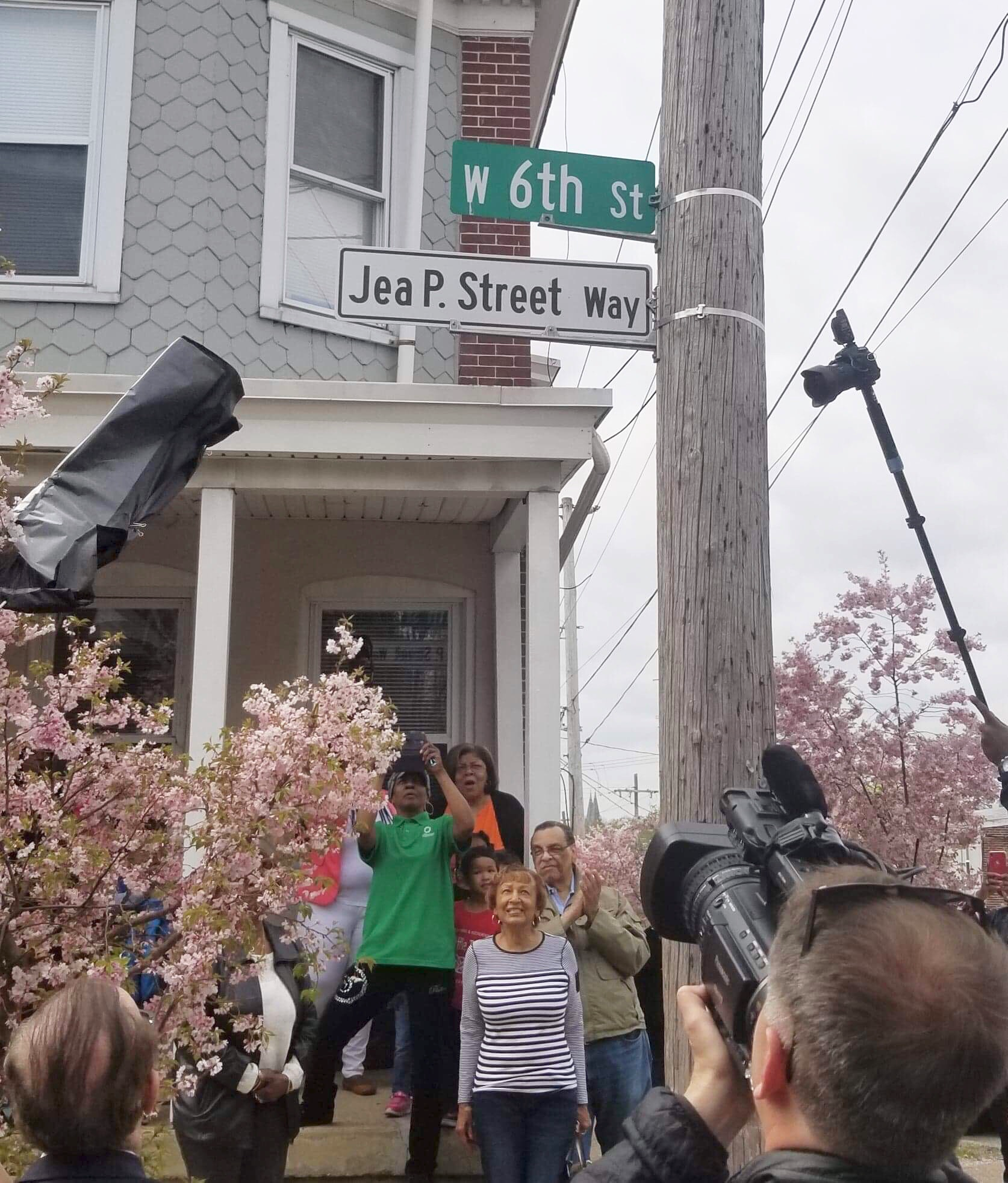 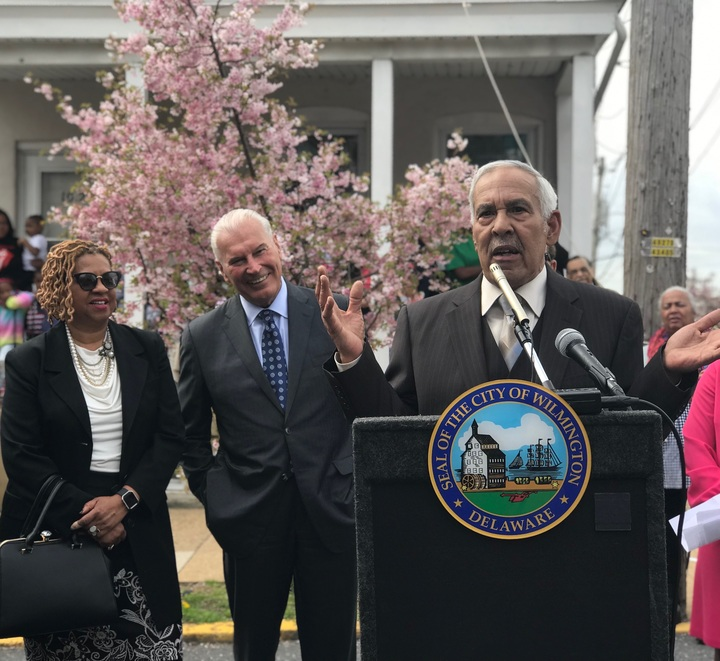 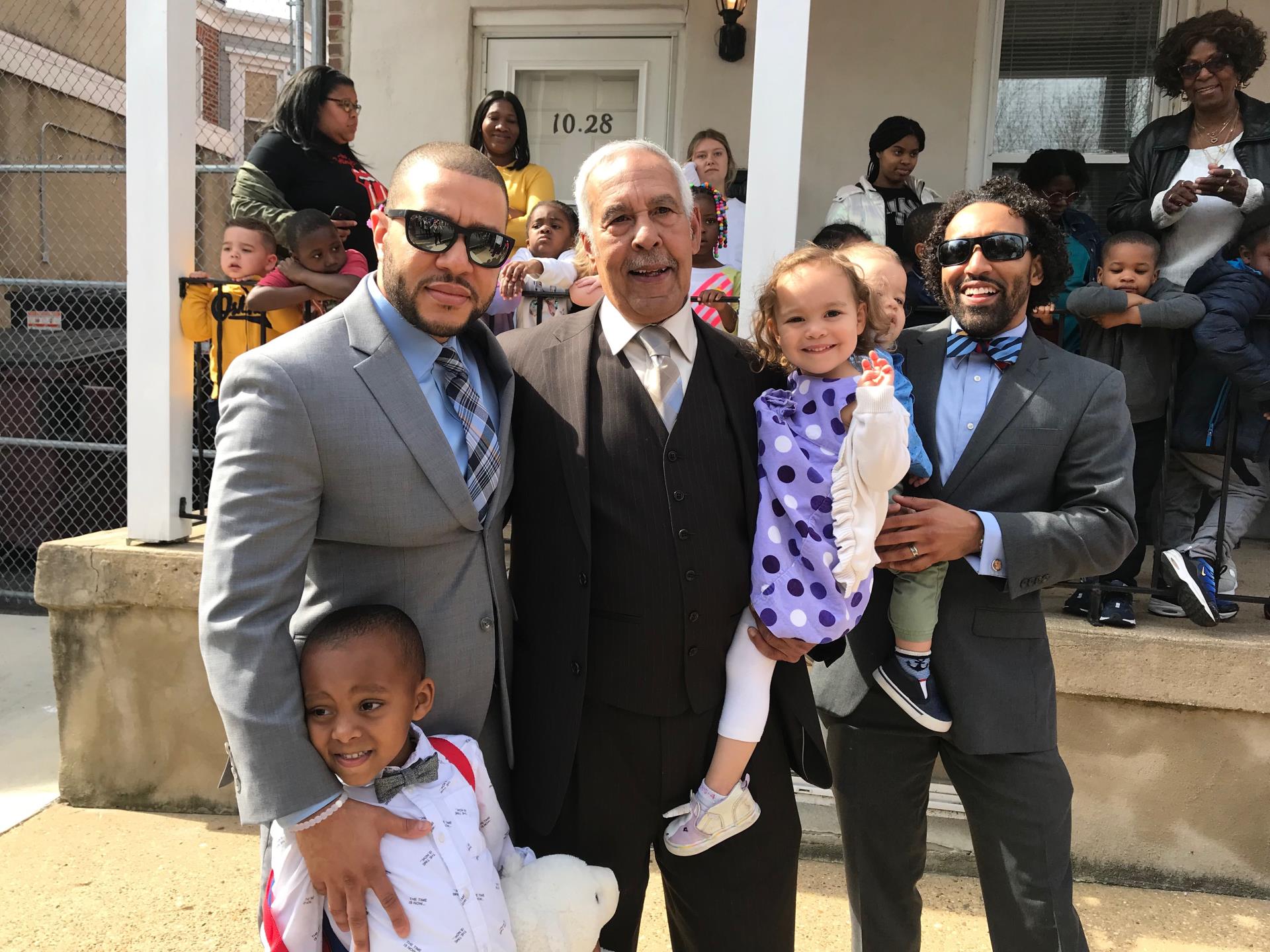