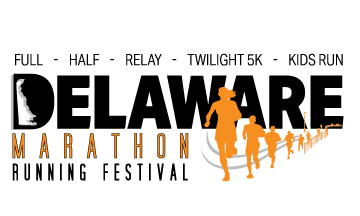 Traffic restrictions will be in place on Sunday, April 28 as the 16th Annual Delaware Marathon Running Festival is held in Wilmington. The event, which will proceed rain or shine, includes a full- and half-marathon, as well as a 4-person team relay, 5K run, and a kid’s fun run.

Participants will gather at the Tubman Garrett Riverfront Park along the Christina Riverfront for all five races.  The full marathon, half marathon, and the team relay all kick off at 7 a.m. The 5K begins at 7:30 a.m. with the Kids Fun Run starting shortly thereafter, at 7:35 a.m. All races will end at Tubman Garrett Riverfront Park. The new 26.2-mile marathon course will incorporate the Jack A. Markell Trail between Wilmington and New Castle.

On Sunday morning starting at 6:30 a.m., street closures and lane restrictions will take effect throughout the city. They are as follows:

Run participants will be escorted by Wilmington Police, so motorists should be cautious of runners on the streets and expect some delays in these areas for much of the morning.  The delays in the majority of the city will be finished by 10:30 a.m. Residents who are affected by the street closures will be assisted in getting to their homes during the event with assistance from the police. More than 2,000 runners representing 39 states, the District of Columbia, and four foreign countries are expected to take part in Sunday’s races.

More information about the Delaware Marathon and Running Festival can be found at: http://www.delawaremarathon.org/