The renovation of six existing vacant properties and the construction of three additional homes will transform an area of WCC, near Trinity Vicinity 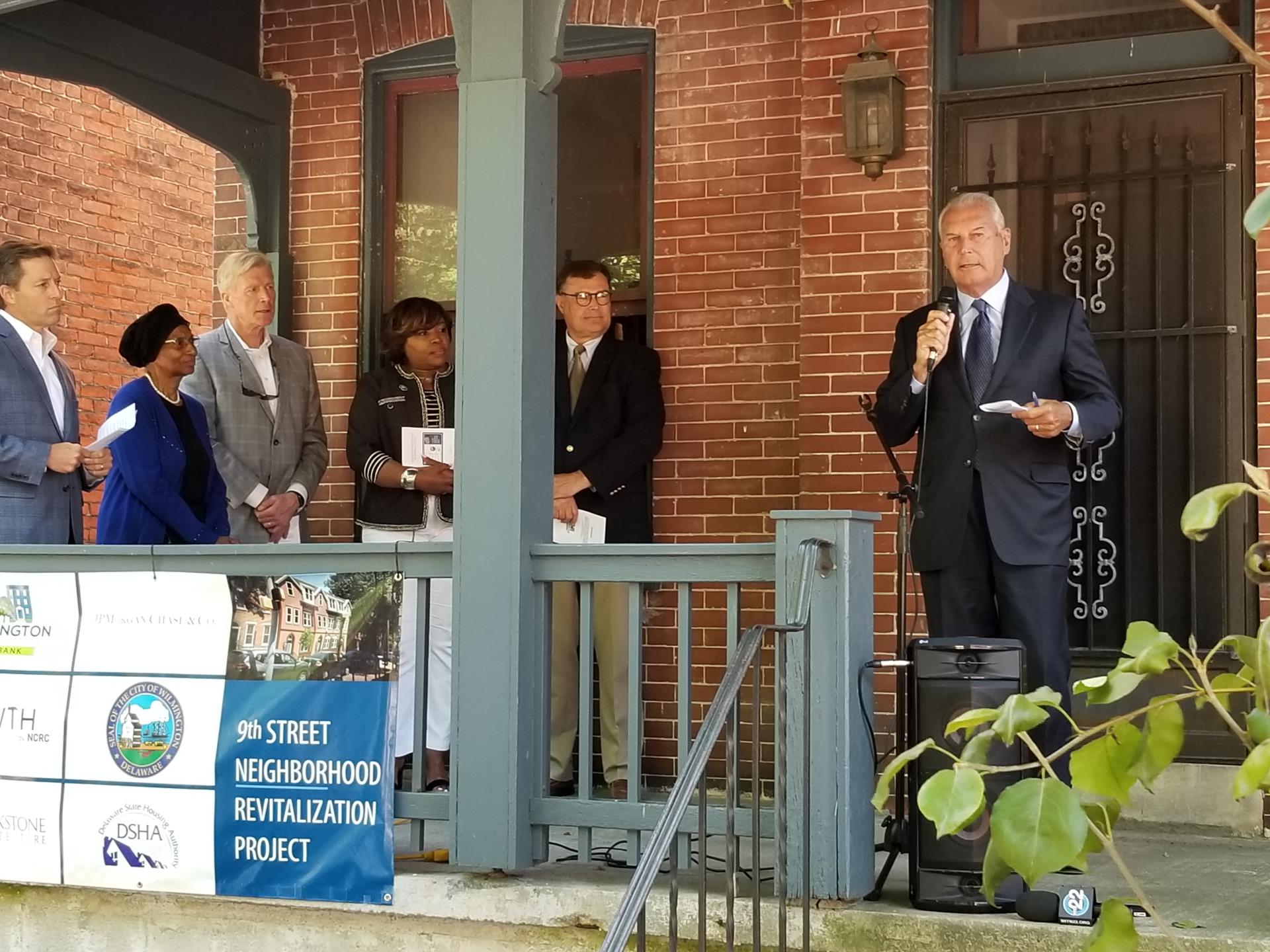 Wilmington Mayor Mike Purzycki said a new neighborhood stabilization and homeownership project announced today by the City, Wilmington Neighborhood Conservancy Land Bank (WNCLB) and its developer partner, National Community Reinvestment Coalition (NCRC), will help to transform one block of 9th Street between Adams and Monroe Streets. By bringing in new property owners and community members, the Mayor said, the project will help to strengthen two communities—West Center City and Trinity Vicinity—we well as the City as a whole.

“The Land Bank is facilitating the rehabilitation of vacant and abandoned properties, which came from the City and WNCLB vacant property portfolios, and is combining that with new construction to create a refurbished City block that will be stabilized by new homeowners,” said Mayor Purzycki. “I offer my thanks and appreciation to the Land Bank Board, which includes among others, Council President Hanifa Shabazz as a member and leader, and to the NCRC for bringing new life to the City’s housing stock. Through additional support from JP Morgan Chase and the Delaware State Housing Authority, families will soon have an opportunity to become homeowners who are invested in Wilmington’s future. This project is possible because we all share a similar vision for a revitalized City.”

According to Land Bank Board Chair Rick Gessner and Executive Director Bill Freeborn, funding for the 9th Street Neighborhood Revitalization Project is being provided through a grant from JP Morgan Chase, support from the DSHA Strong Neighborhoods Fund and through construction financing and funding from the NCRC Housing Rehab Fund.

The total development costs for the six extensive renovations and three new town homes will exceed $2 million.  The homes will be available to buyers at affordable prices set at 80% of Wilmington’s Average Median Income (AMI), a number calculated annually by the U.S. Department of Housing and Urban Development.

“Without the financial support of the Land Bank’s developer partners, the revitalization of this neighborhood would not be possible,” said WNCLB Board Chair Rick Gessner. “Our team is confident that the success of this project will spur additional, quality housing development throughout the City of Wilmington.

Recently appointed WNCLB Executive Director, Bill Freeborn said today’s announcement is just one in a series of exciting developments that will be made public in the months ahead.  “The Land Bank is focused on action by facilitating the development process; bringing properties, money and people together to make a difference in Wilmington’s neighborhoods,” said Freeborn.

The following graphic is a rendering from Breckstone Architecture of the planned new construction on West 9th Street during Phase Two of the project. 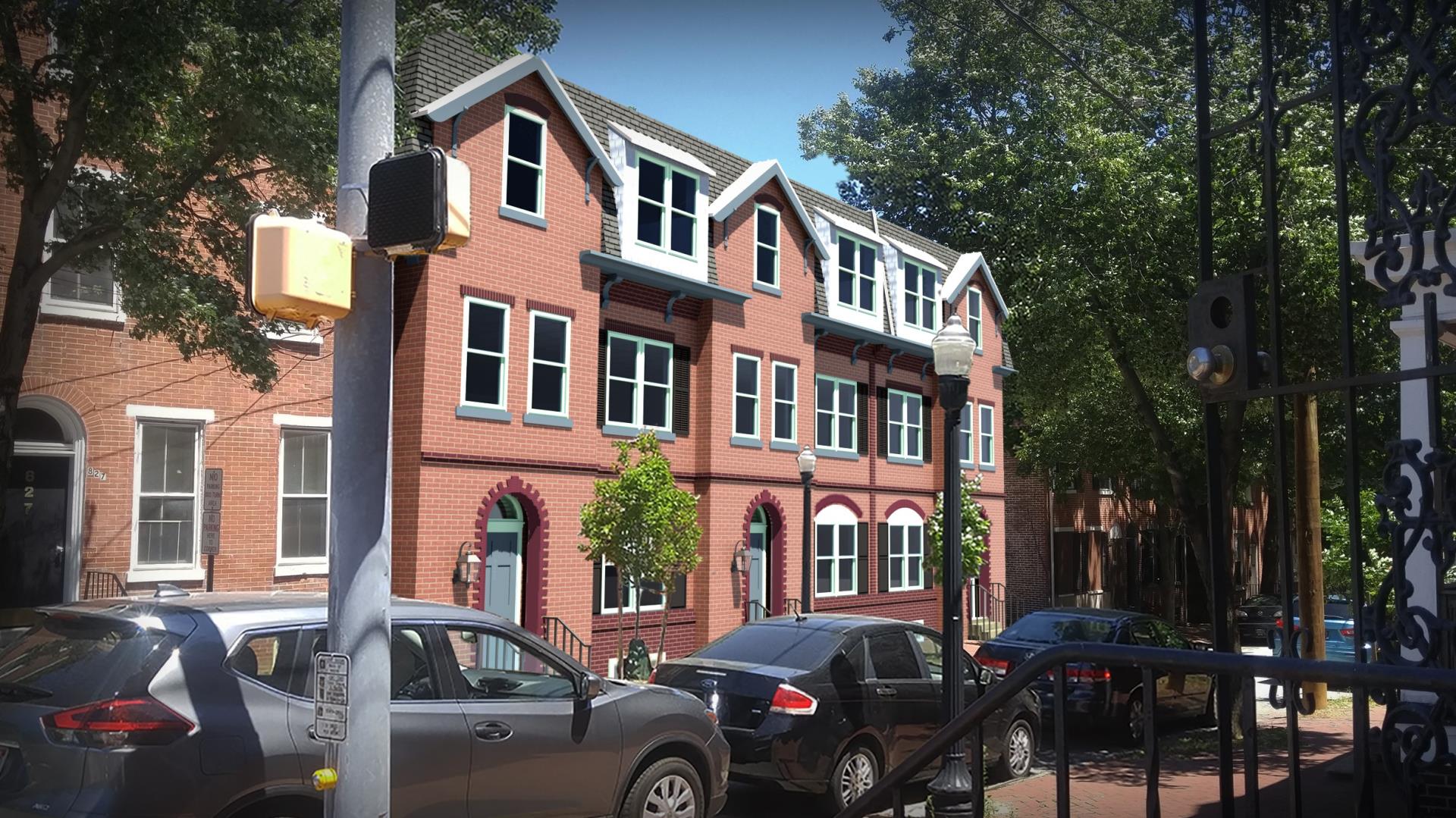 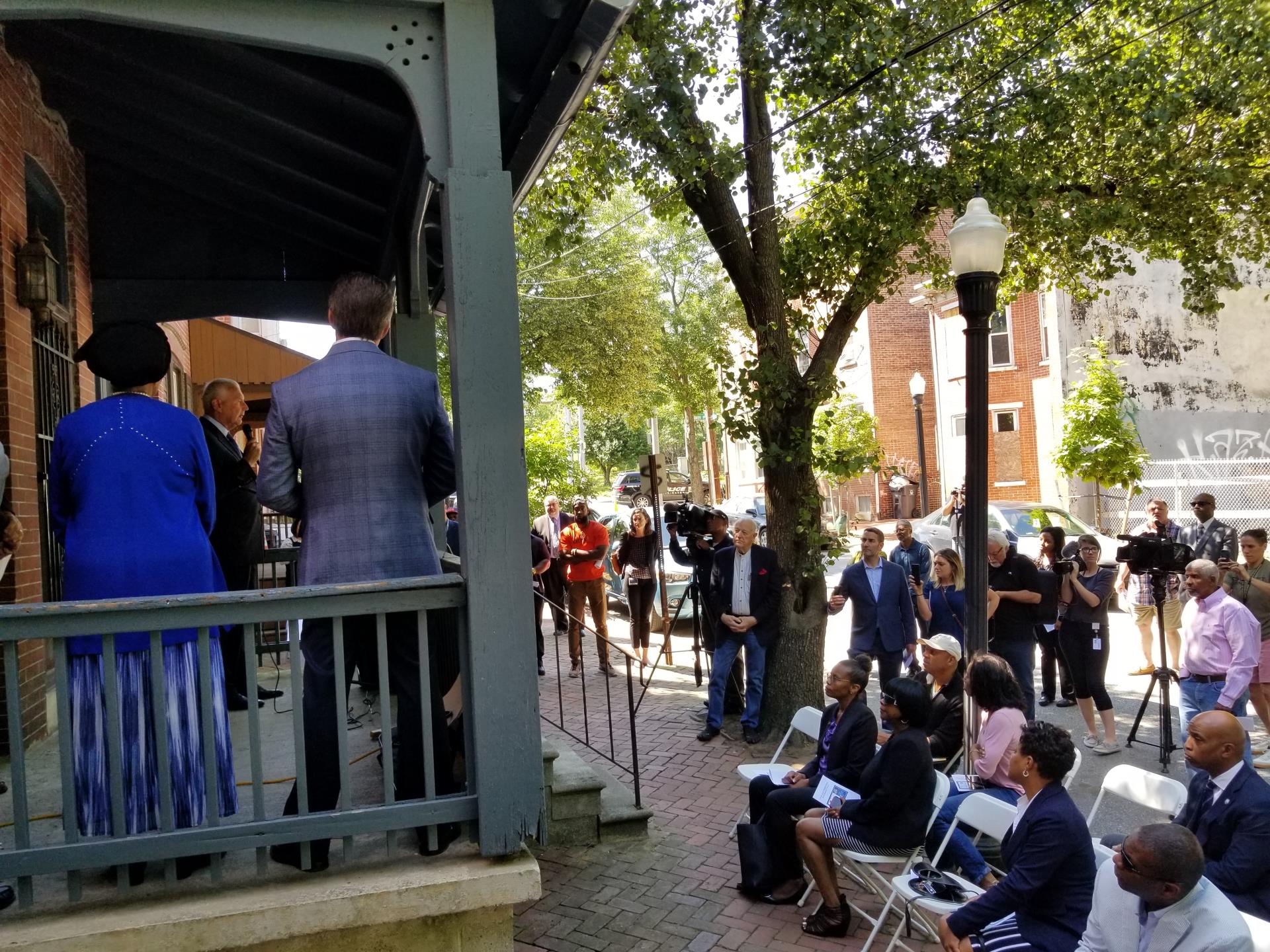 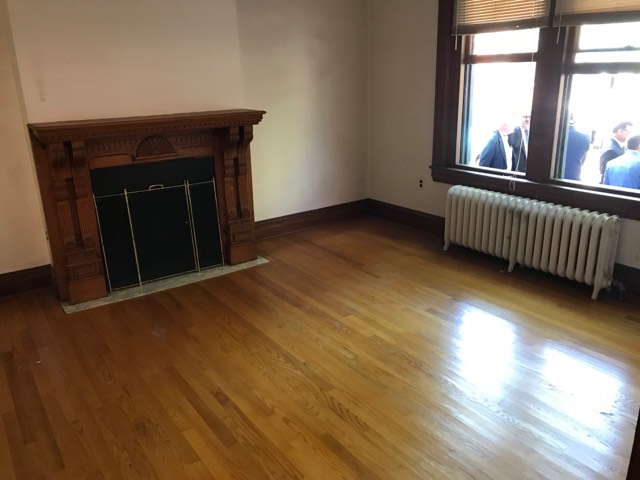 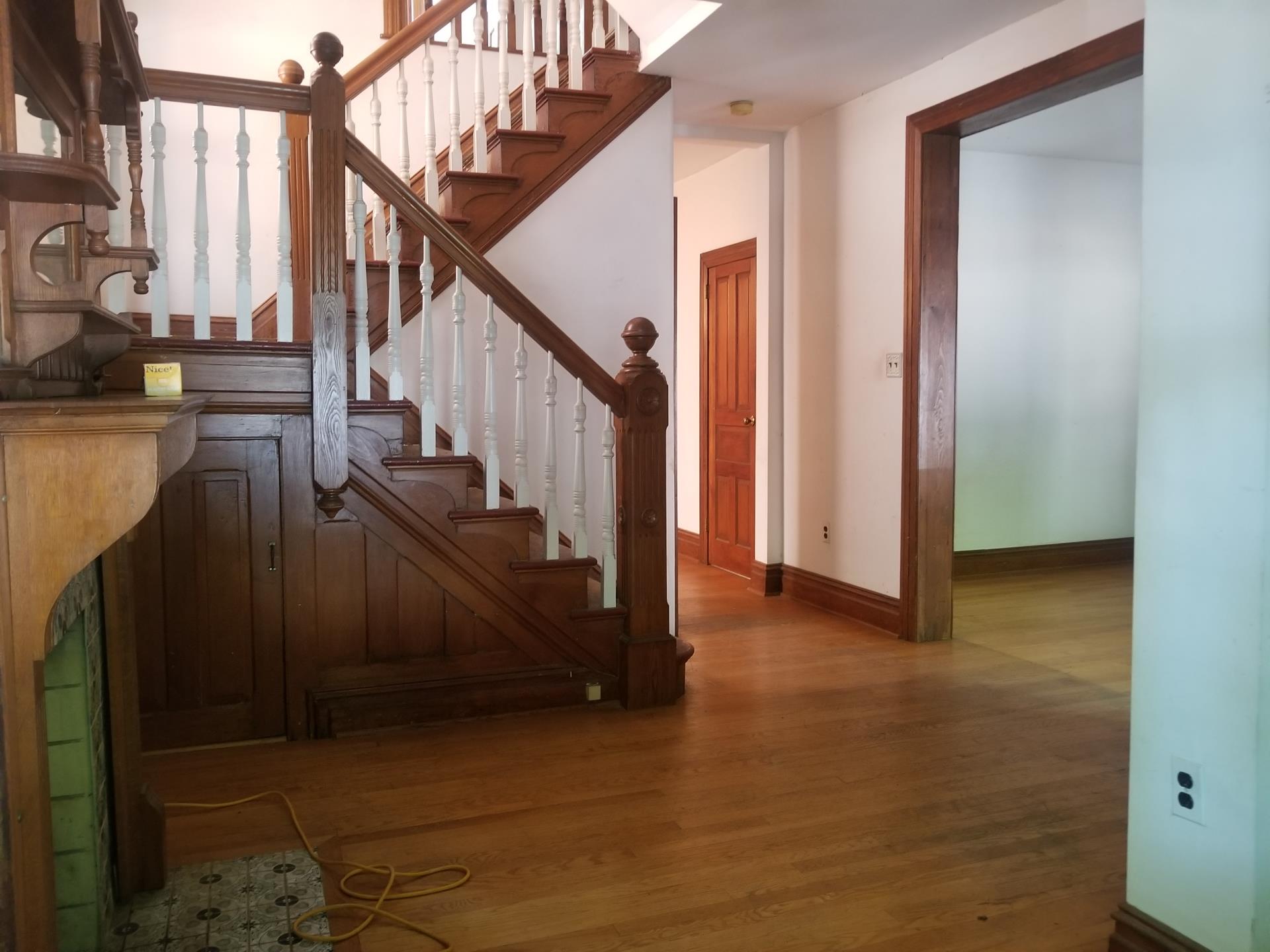