Wilmington Mayor Mike Purzycki and City Cultural Affairs Director Tina Betz are pleased to announce a new summer concert series, “Music on Market Street,” which will kick off on Thursday, July 11 and continue through Thursday, August 22, 2019.  The series is a collaboration between the City and Gable Music Ventures, creators of the Ladybug Festival, and will feature a variety of musical genres – rock, jazz, blues, Latin, folk – up and down North Market Street in the Downtown District.

“A large part of Wilmington’s history involves local musical performers and our City’s appreciation of them and their music, culture and the arts,’ said Mayor Purzycki. “That’s why we are so excited to offer yet another opportunity for City residents and visitors to enjoy free, local live music this summer, in partnership with our friends at Gable Music Ventures. Wilmington continues to produce first-rate programming for all to enjoy, and this series will add even more excitement to our City which continues to thrive as never before.”

A total of 30 acts will perform over six evenings at various locations between the 400 block of North Market Street and the “W” at Rodney Square, which is located at 10th and North Market streets. All performances are 90 minutes long with staggered start times between 5:15 p.m. and 5:45 p.m. The last show of the evening will run until 7:15 p.m.  A full schedule of performers and locations is included at the end of this news release.

“This summer we are excited to bring together a wide variety of performers – from old favorites like Nalani & Sarina and Darnell Miller to up-and-coming acts such as Trap Rabbit and Frantastic Noise,” said Gable’s Gayle Dillman. “We look forward to seeing large crowds of people enjoying the sights and sounds of street performers while strolling and dining in Downtown Wilmington this summer.”

The 2019 “Music on Market Street” performance schedule is:

Performers with “*” are solo acts.
All performance are on Thursdays except Tuesday, July, 16. The Ladybug Festival is Thursday, July 18 and Friday, July 19. 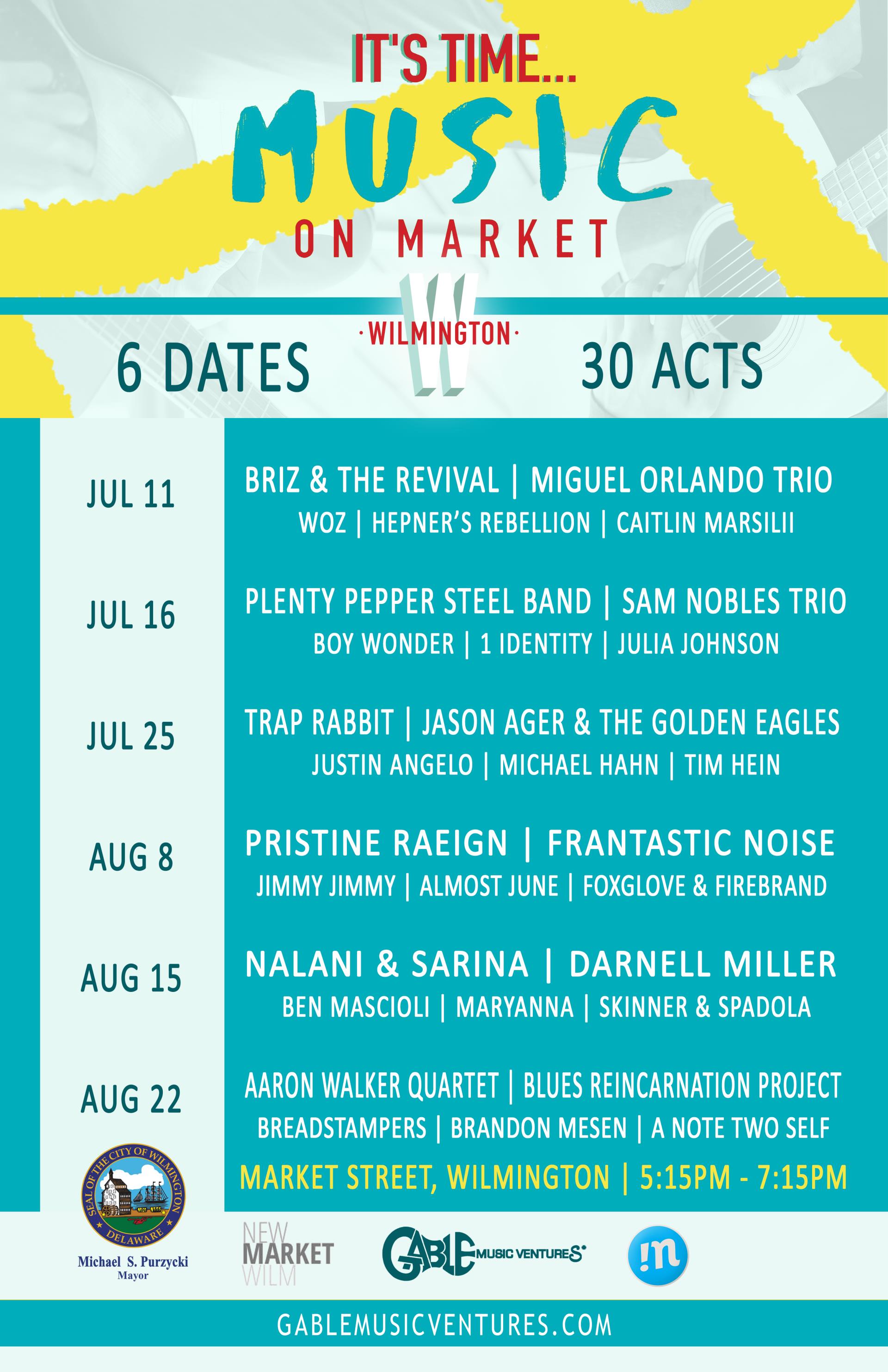