WILMINGTON, Del. – State of Delaware social service agencies will partner with law enforcement to prevent gun violence in the City of Wilmington under a Group Violence Intervention (GVI) project announced by state and city leaders on Tuesday.

Evidence shows that gun violence is concentrated among a small number of people at very high risk for both victimization and violent offending. The GVI strategy is intended to help these high-risk individuals avoid involvement in the criminal justice system, keep them safe, stabilize their lives, and create accountability for violence. DHSS, the Delaware Department Correction, and the Department of Services for Children, Youth & Their Families are among the agencies that will provide intervention services under the partnership.

“For any city to be successful, it needs to be safe,” said Governor John Carney. “Under the leadership of Mayor Purzycki and Chief Tracy, we’ve seen a significant reduction in gun violence in our city. But - as there are in all cities - there are still communities that are disproportionately impacted by gun violence in their neighborhoods. Those shootings traumatize children and families, and tear apart entire communities. We know that this gun violence is concentrated among a small group of people who are at very high risk for offending – but also at a very high risk for being victims of gun violence. We believe we can make a real difference if we are able to reach those at highest risk, and help them avoid involvement in the criminal justice system, keep them safe, and stabilize their lives. Thank you to Mayor Purzycki, Chief Tracy, Attorney General Jennings, Professor David Kennedy and many others for their partnership on this important work.”

“Wilmington is making significant gains regarding public safety,” said Wilmington Mayor Michael Purzycki. “We are a safer City today because we are policing the City differently, and that difference is largely because of the trust that has been built between the police department and our citizens. Chief Tracy has introduced new and effective layers to our policing methods in Wilmington and today we add another layer that can continue to improve lives and further reduce crime. My thanks to the Governor, to the Health and Social Services Secretary and to our criminal justice leaders for embracing this effort and to David Kennedy, Chief Tracy and former Chief Cummings who are deeply invested in making sure this initiative works for all of us.”

“This is a new day in Wilmington’s efforts to curtail violence in our neighborhoods,” said Attorney General Kathy Jennings. “Through this initiative, we are recognizing the social and economic dynamics that so often drive violent crime, and we are disrupting those dynamics at their source. This program has shown remarkable promise in sharply reducing group violence and I am committed to its missions: protecting public safety, addressing the causes of anger and hopelessness that exist in our most underserved communities, and providing meaningful alternatives to those who would build a better life for themselves.”

The intergovernmental initiative will bring together state-level social service agencies with the Wilmington Police Department, the Attorney General’s Office, the U.S. Attorney’s Office and community leaders in an effort to further and more significantly reduce homicide and shooting incidents in Wilmington. Intervention will be based on frontline knowledge, and real-time data on violence and individuals who face the highest risk of violence.

The GVI work will be led by Bobby Cummings, the former Wilmington Police Chief who has been appointed Director of Group Violence at the Department of Health and Social Services. The National Network for Safe Communities at John Jay College, led by Professor David Kennedy, will provide technical assistance.

“Over the past several years, the Wilmington Police Department has embraced a range of proven, evidence-based policing strategies, with focused deterrence being key,” said Wilmington Police Chief Robert J. Tracy. “Implementing Group Violence Intervention – the next phase of our layered, comprehensive approach – carries the promise of achieving continued reductions in violent crime, while simultaneously offering support and wraparound services to those who embrace an alternative to engaging in gun violence.”

We’re extremely excited to be working with Delaware and Wilmington to prevent homicide and gun violence,” said David Kennedy, Director of the National Network for Safe Communities at the John Jay College of Criminal Justice. “We’ve known and worked with Chief Tracy for years, and the commitment of the governor’s office puts Delaware amongst a small but growing number of states making an executive commitment to evidence-based public safety approaches.  This work saves lives, keeps people out of the justice system, and builds trust between police and communities.  We’re honored to be part of it.

“As leaders, we all have a responsibility to alter the cycle of poverty, trauma and violence in order to keep individuals and families safe and healthy,” said Dr. Kara Odom Walker, Secretary of the Delaware Department of Health and Social Services. “The newly appointed Director of Group Violence Intervention in the Department of Health and Social Services will have the resources and the staffing support to meet the social services needs of the small number of people in Wilmington who are at a very high risk for both victimization and for violent offending.” 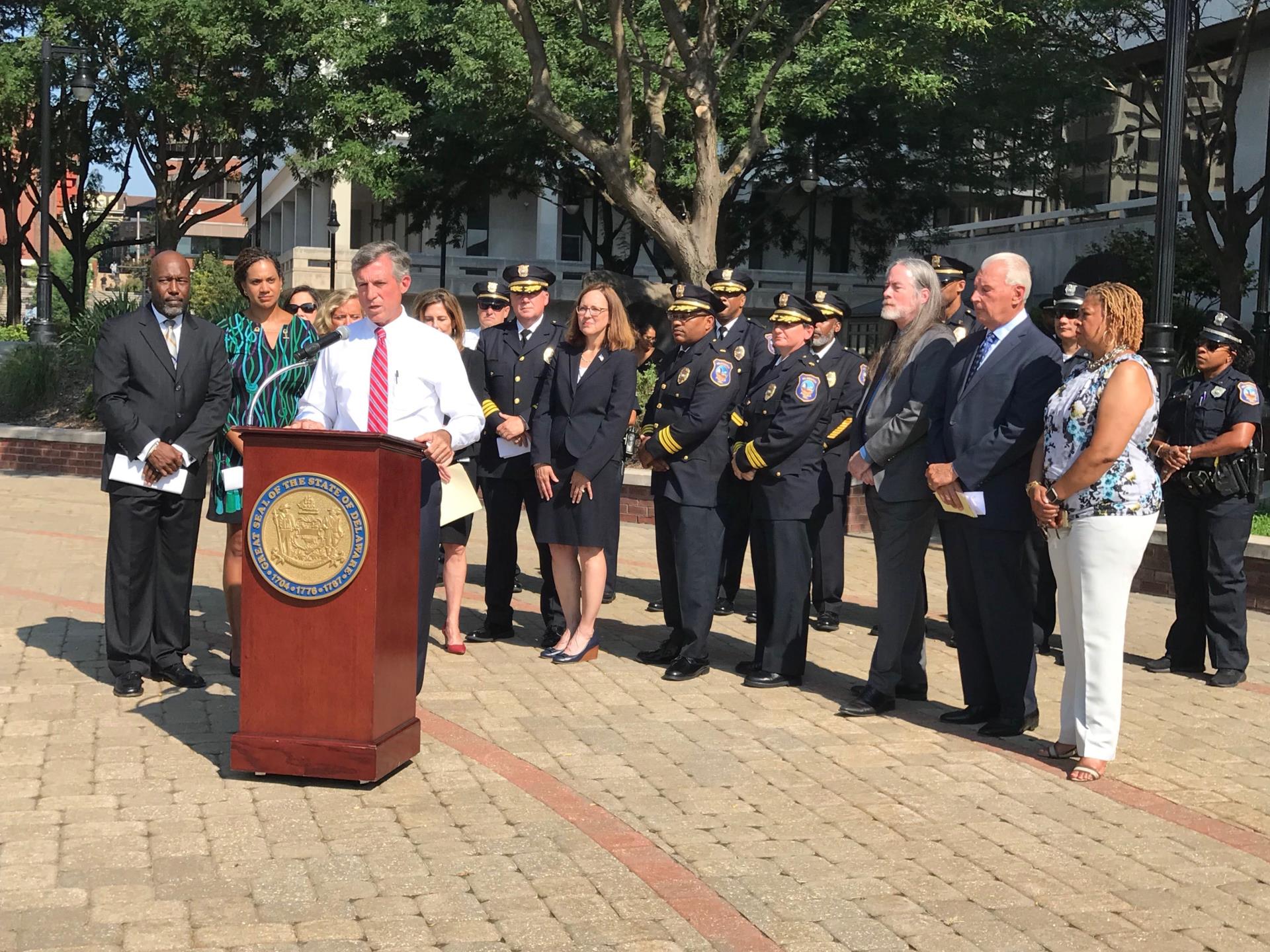 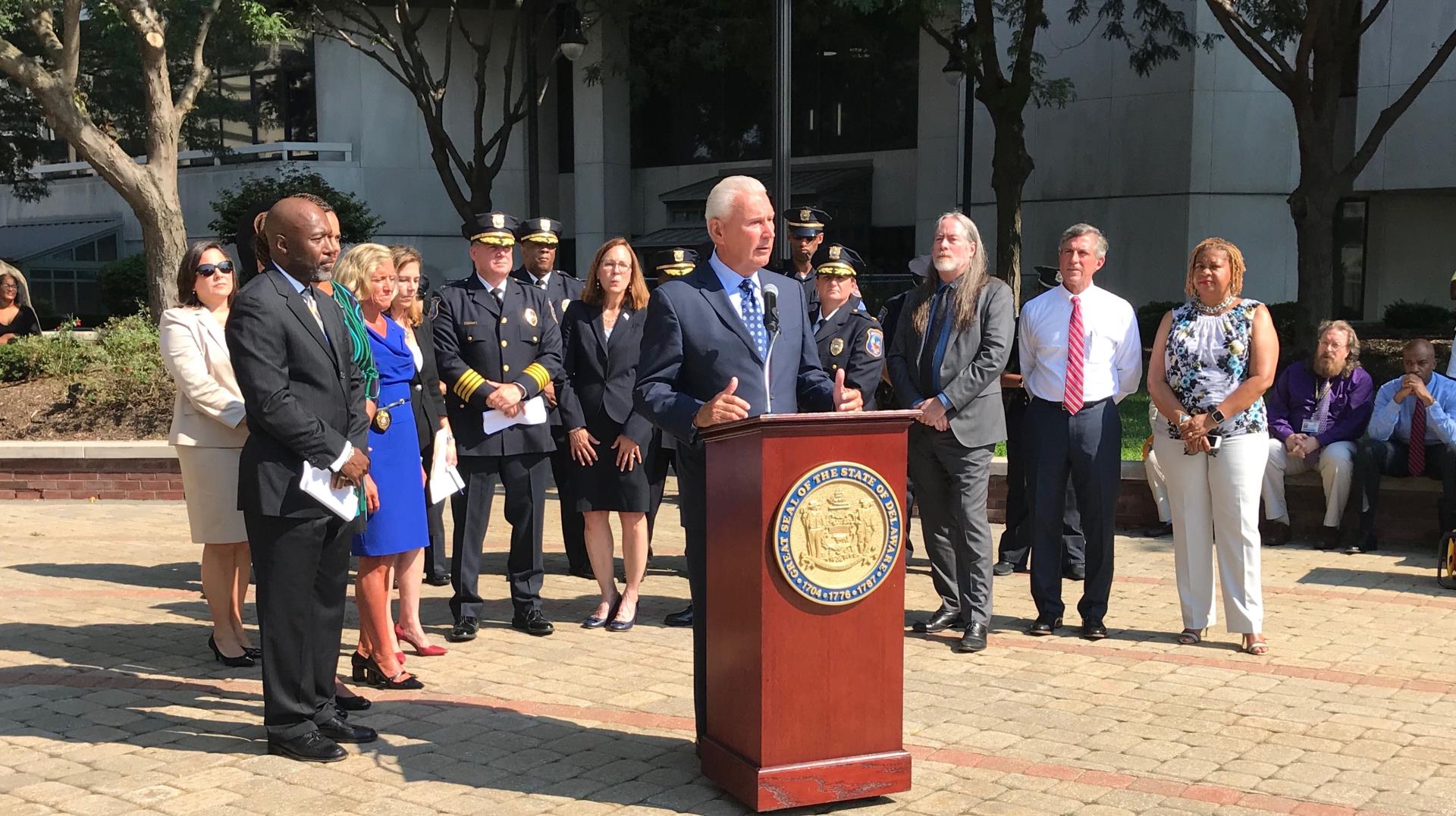