Mayor Purzycki says this is the first in a series of HBCU events leading to Wilmington’s HBCU Week in September; everyone is invited, especially HBCU alum and Black Greek letter organization members

Mayor Mike Purzycki said today that Wilmington will get a head start on celebrating the upcoming Historically Black Colleges and Universities (HBCU) Week festivities in September by staging an HBCU Announcement Party this Saturday night. The party will be held at the Queen, located at 500 North Market Street, on Saturday, August 24, from 8 p.m. until 1 a.m.

The HBCU Week organizers in the Mayor’s Office—Ashley Christopher and Earl Cooper—said today that the HBCU Announcement Party is for people 21 years of age and older. The event is open to all with a special welcome to HBCU alumni and Black Greek letter organization members, who are encouraged to wear HBCU or Greek paraphernalia.

The party will feature the legendary DJ Drama, who is a graduate of Clark Atlanta University.

Tickets to Saturday’s event are $15.00 and can be purchased through TicketMaster. For more information, please contact Ashley Christopher at 302.576.2110, or email her at aschristopher@wilmingtonde.gov.

DJ Drama Bio
Tyree Cinque Simmons (born April 22, 1978), professionally known as DJ Drama, is an American DJ, record executive and music promoter originally from Philadelphia, Pennsylvania. He is the co-founder (with Don Cannon) of Generation Now, an Atlantic Records imprint with artists like Lil Uzi Vert, Skeme, and Jack Harlow on the roster. He initially gained recognition as the official DJ for Atlanta rapper T.I. and as a prominent mixtape DJ with his series, Gangsta Grillz. Numerous artists have appeared on DJ Drama's Gangsta Grillz tapes, including Lil Wayne, Fabolous, Ludacris, Jeezy, Gucci Mane, and many others. He was a co-founder of the Atlanta-based DJ and artist collective known as the Aphilliates. Drama has also released five studio albums, including, most recently, Quality Street Music 2 in 2016.  He studied Mass Communications at Clark Atlanta University and graduated in 2000. 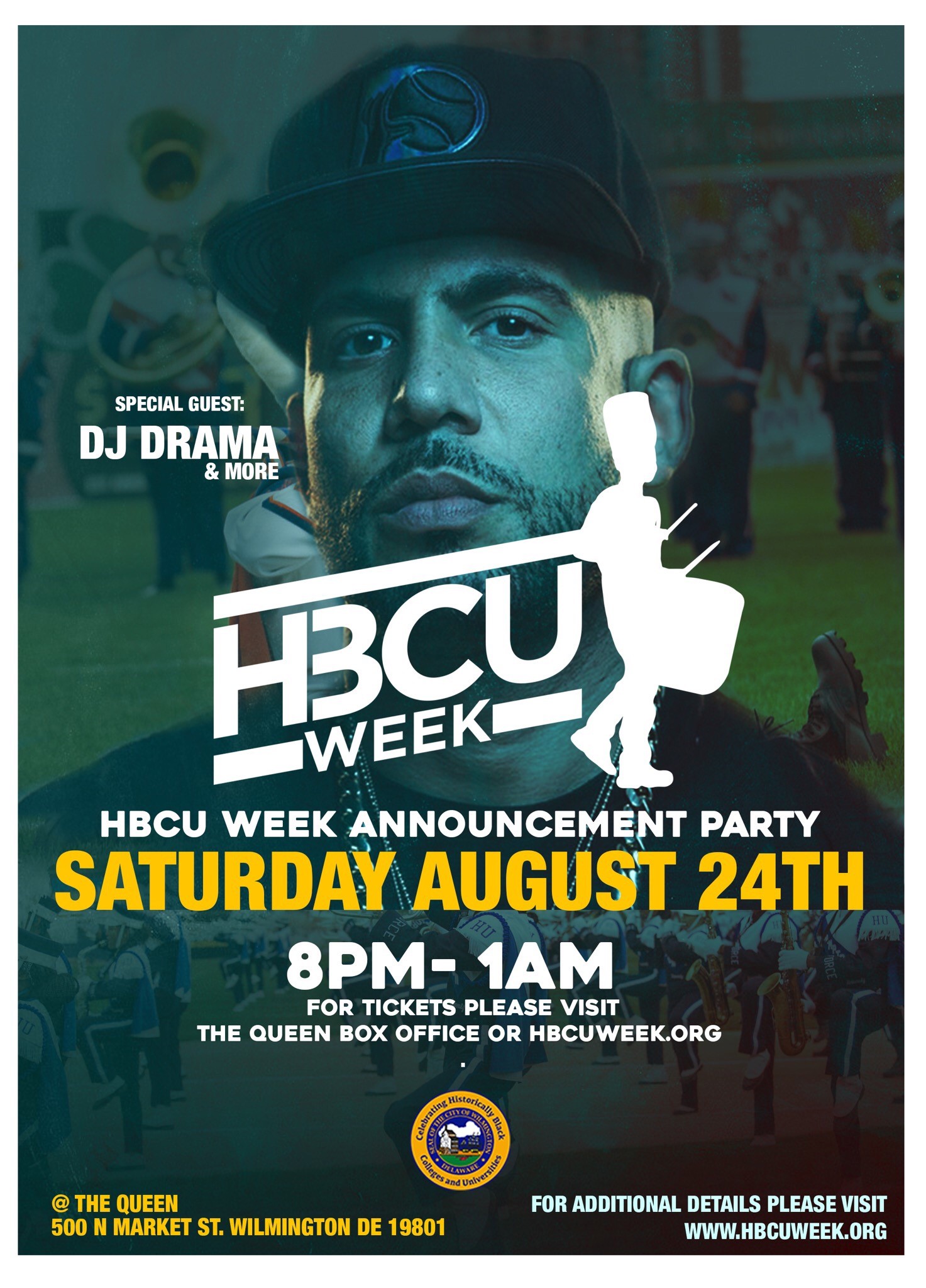