A celebration was held on Saturday, August 24, to mark the completion of a $2.4M reconstruction of the popular Southbridge park 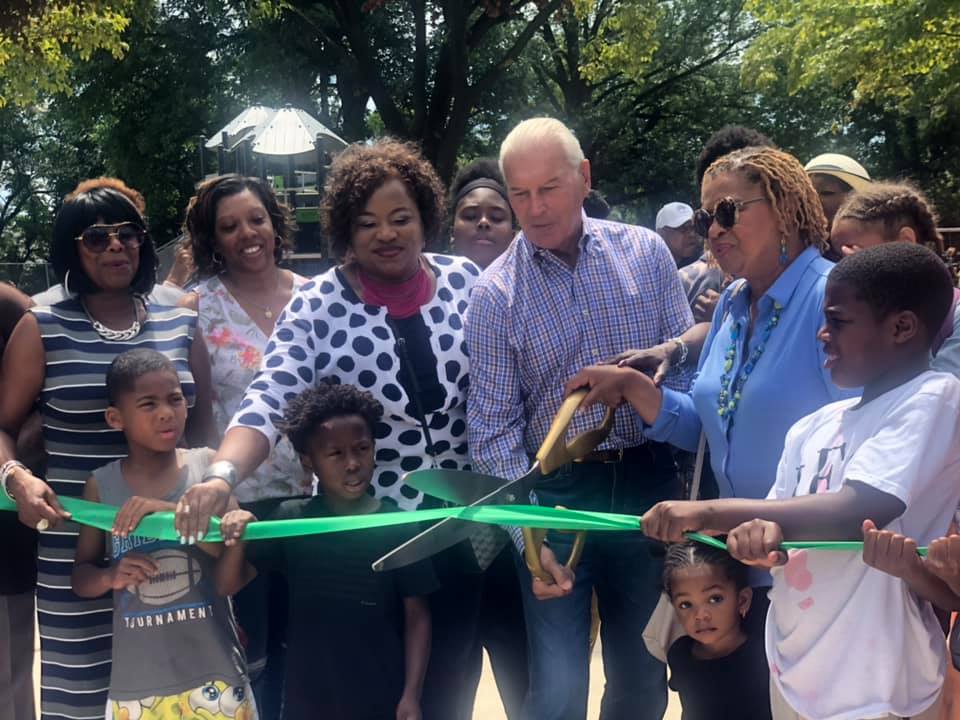 Cutting the ribbon at the newly renovated Eden Park.

“Two and a half years ago I committed that we were going to get this park finished,” said the Mayor, who described the renovation project as the single most important effort that City Council members and his administration did together. “Now we’ve got this fantastic football field, a new pool and picnic area and playground equipment, and we couldn’t be any prouder of this. We want everyone to enjoy it.” 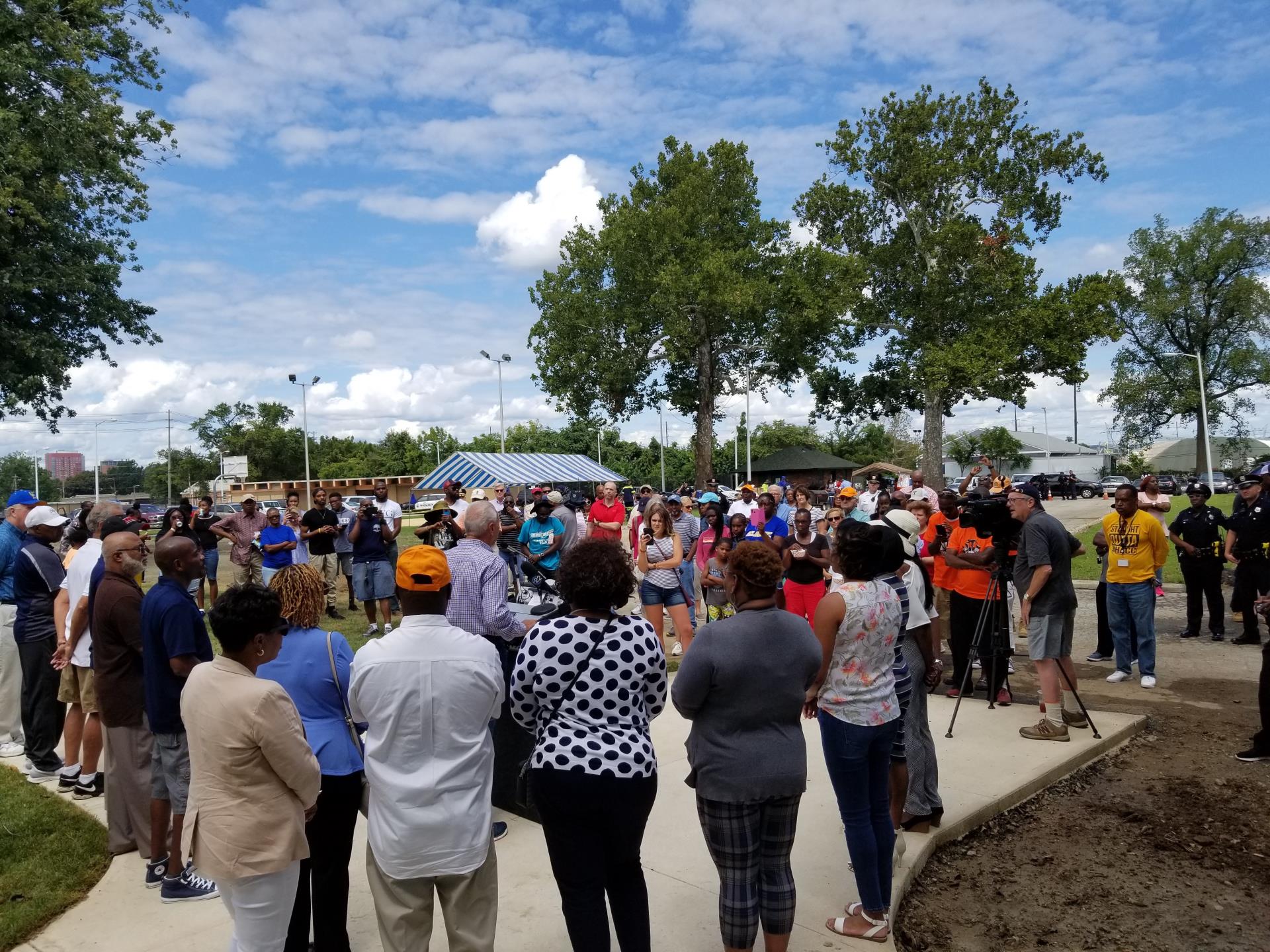 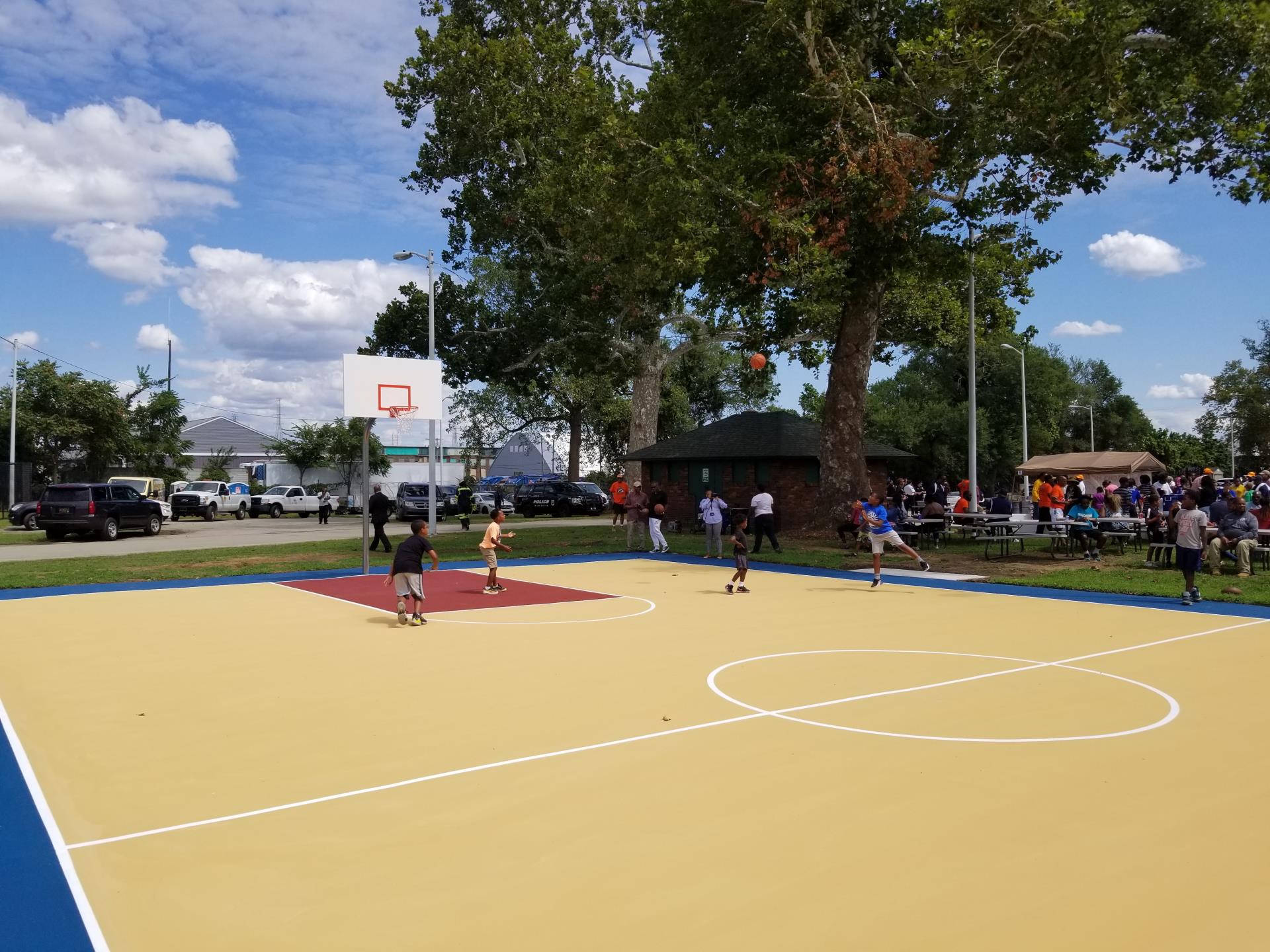 A pickup game on the new Eden Park basketball court. 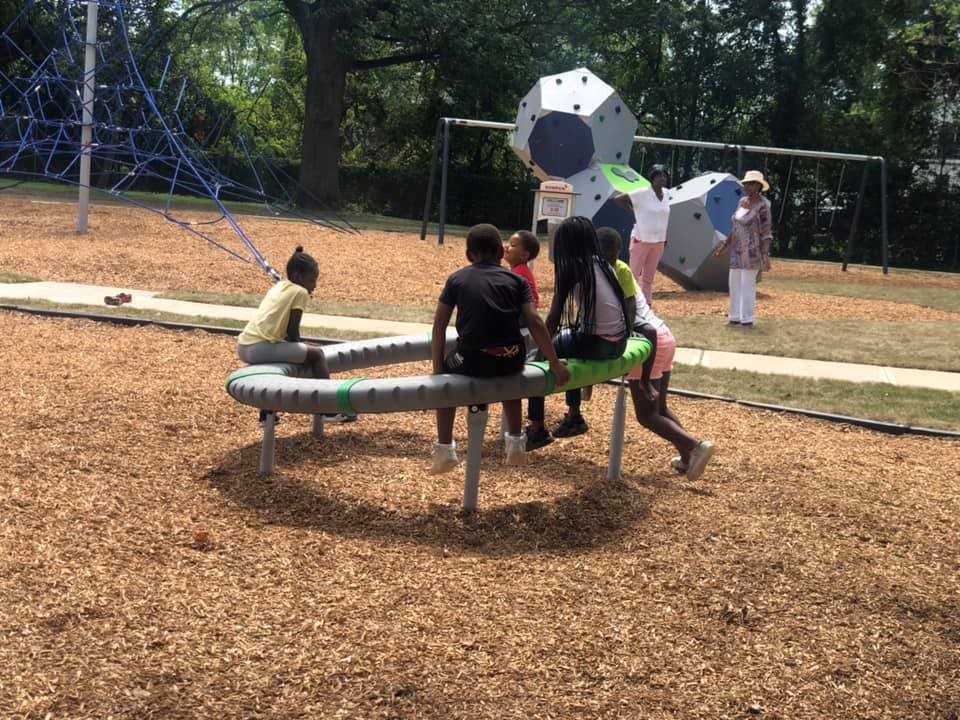