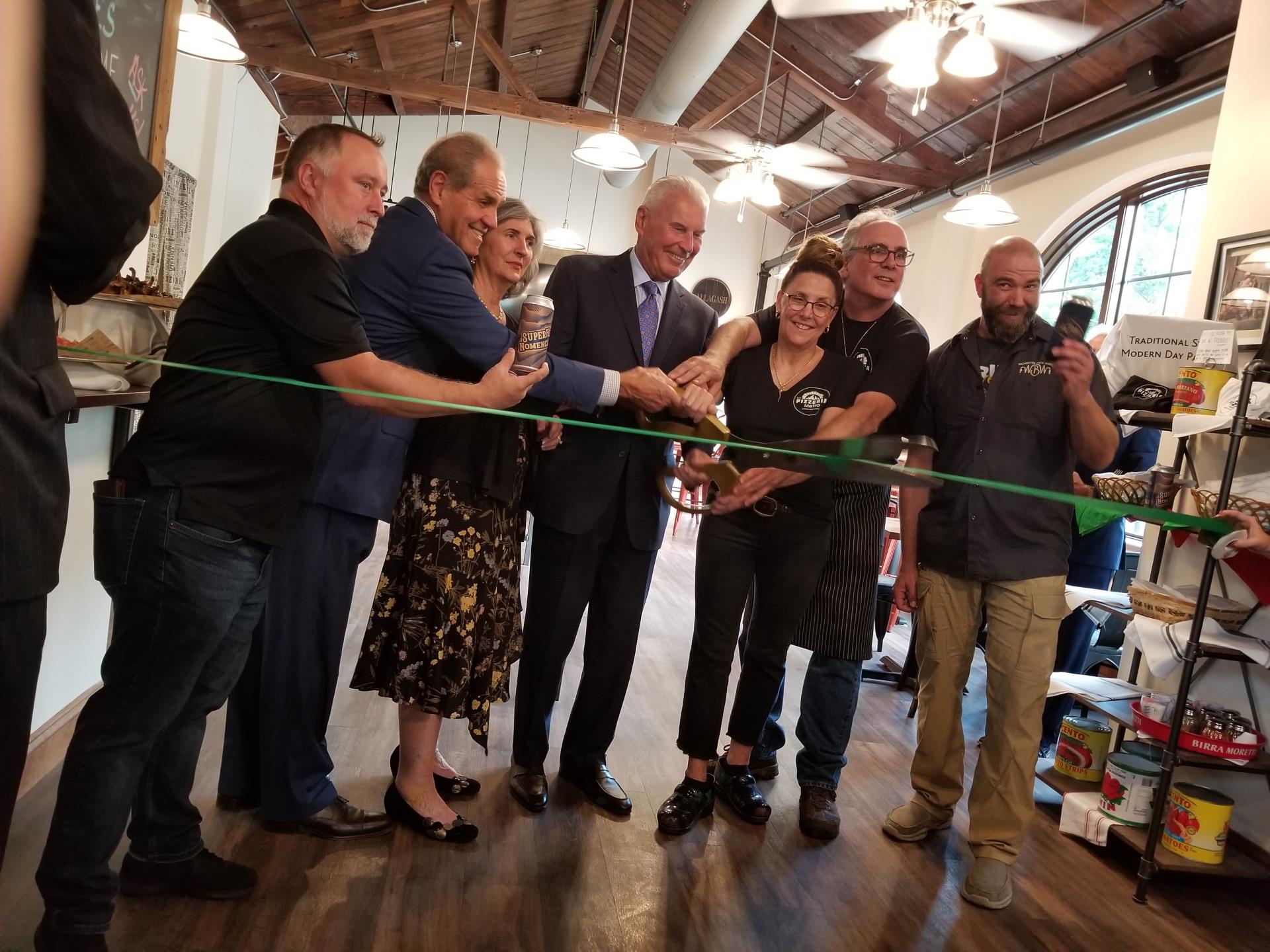 The new pizzeria, featuring a wood-fire stove from Italy, joins neighbor Wilmington Brew Works in the renovated 11,000-square-foot Spanish colonial-style Miller Road Station, which was originally constructed in 1916 by Francis Irenee du Pont and owned by the Pepes since 2015.

To mark the grand opening, Mike and Mindy Tumolo, who also own Café Riviera in the Concord Mall and the food truck Pizzeria Pronto, served up a variety of small plates and specialty pizzas from the new Italian eatery’s menu, as well beer and wine to guests from the DaVinci Society, a local community-based Italian non-profit organization that performs acts of community service throughout the Wilmington area.

“Wilmington is very fortunate to be benefitting today from the commitment by Ralph and Rose to develop Miller Road Station and their wisdom in bringing in two outstanding businesses such as Wilmington Brew Works and most recently, La Pizzeria Metro,” said Mayor Purzycki. “Their dedication to our City and to providing patrons with great food, drink and customer service, can never be underestimated. This kind of support is what is transforming our City today and making it a destination for more people to live, work and enjoy life.”

The new pizzeria’s rotating menu incorporates toppings not found anywhere else in the area, including baby clams, chorizo chicken sausage, and smoked pork belly. Salads, pastas, sandwiches, calzones and a variety of small plates– including a cheeseboard – are also available. You can access La Pizzeria Metro’s menu here, which reflects the creativity and variety of the offerings available at the new restaurant including specials named for Wilmington neighborhoods, with more to be added soon.

Property owner and developer Ralph Pepe indicated that talks are underway to add a new coffee shop to the growing list of businesses at the site, which was officially dedicated yesterday as Miller Road Station with the unveiling of new signage along Miller Road. 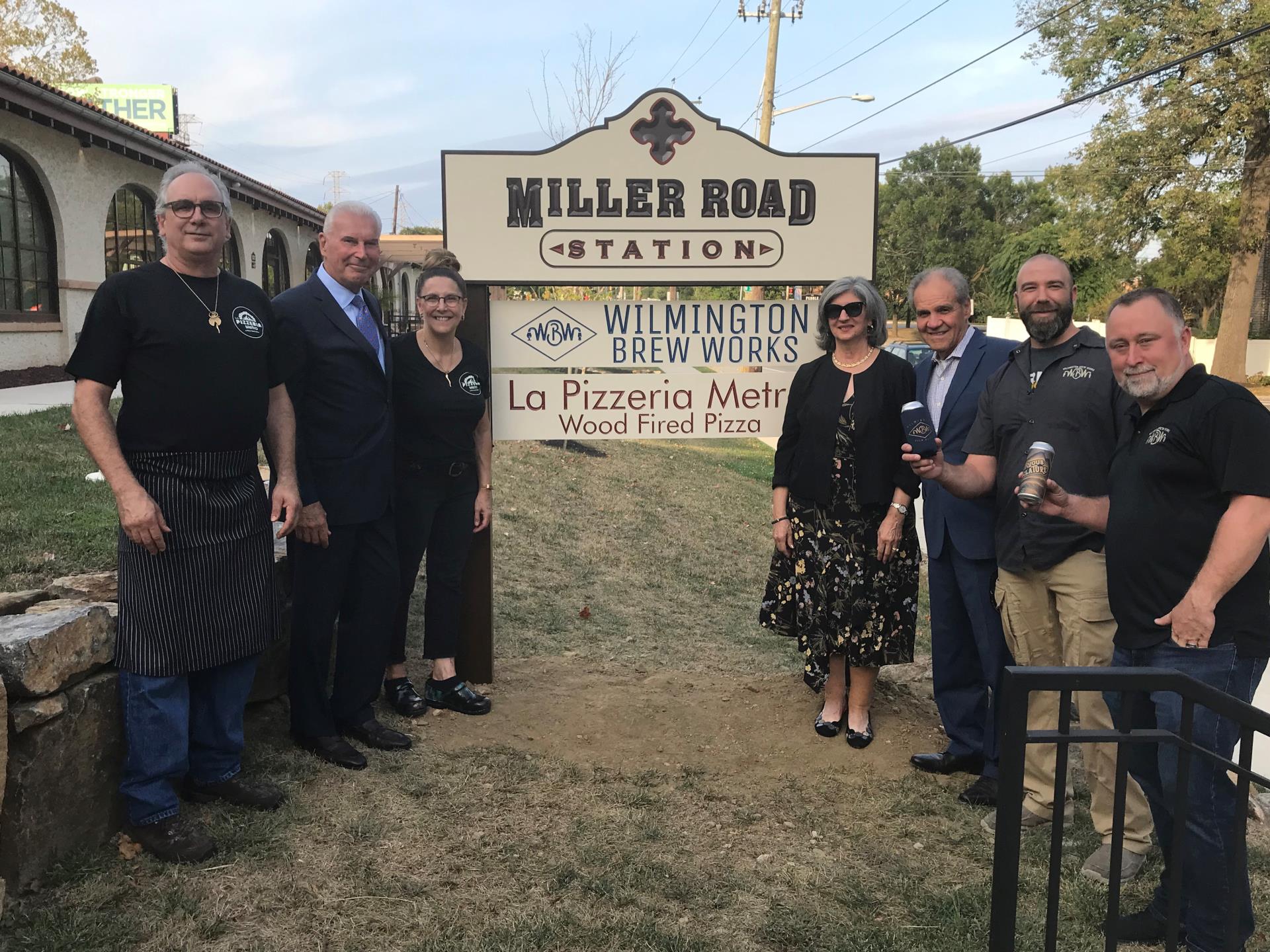