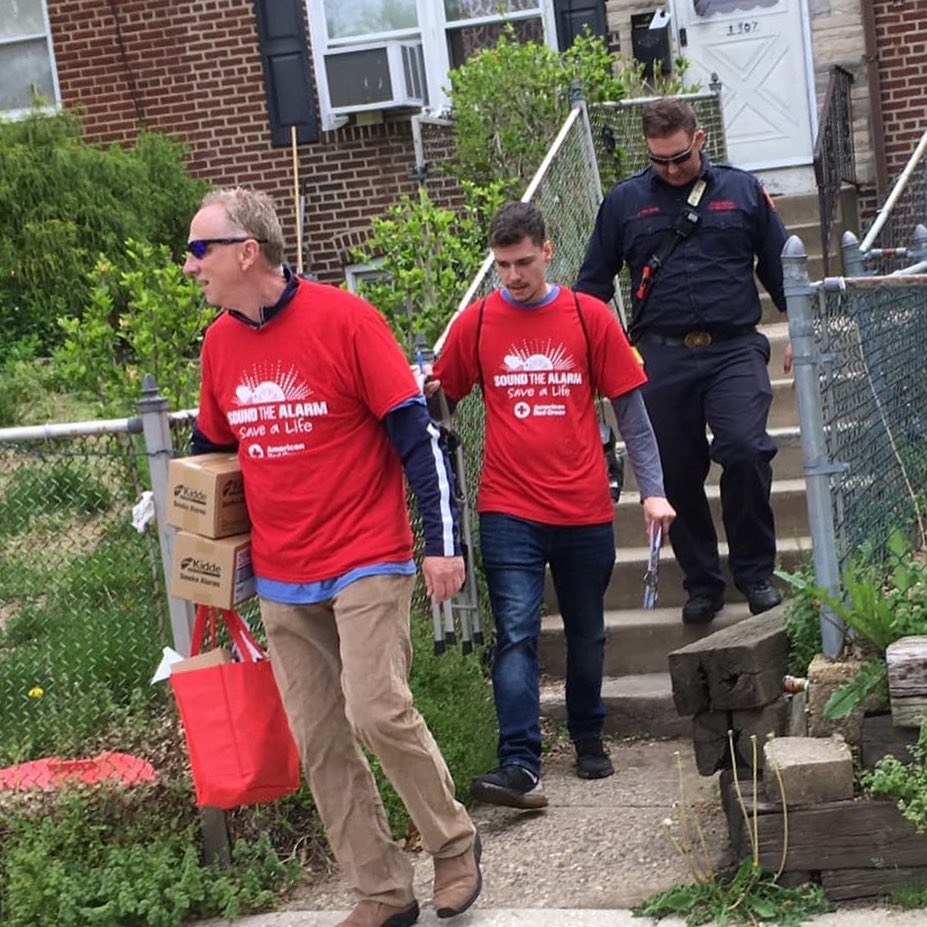 Mayor Mike Purzycki, Fire Chief Michael Donohue and Theresa Young, Executive Director of the American Red Cross Delmarva Chapter, have announced that Wilmington will once again partner with the Red Cross’s life-saving Sound the Alarm initiative. The American Red Cross has provided the Wilmington Fire Department with smoke alarms that will be installed in residential properties on Wilmington’s north side tomorrow, Saturday, September 14, between 8:30 a.m. and 2:00 p.m.

Hundreds of smoke alarms are expected to be installed in north Wilmington Saturday as volunteers canvass the area between West 34th Street and West 36th Street, covering North Monroe Street to Thatcher Street. About 15 on-duty Wilmington firefighters will work alongside Red Cross volunteers to install FREE smoke alarms and educate families about fire prevention and safety. Members of the local community are also encouraged to assist in the effort. Anyone requesting an appointment for installation or wishing to volunteer should report to the Police Athletic League (P.A.L.) at 3707 North Market Street beginning at 8:30 a.m. Residents can also call 302.492.6098 to request FREE installation within the targeted area.

“Our target area has about 600 residential properties,” said Deputy Chief and Fire Marshal Gabriel Pabon. “Our goal to get into as many residences as we can to check on smoke alarms – seeing who needs them and, if alarms are present, are they working and located where they will be most effective.” This is the first such event in this section of the City. In April the Fire Department teamed up with the Red Cross to install ss many as 2,000 smoke alarms in the Canby Park, Union Park Gardens and Bayard Square sections of the city.

Deputy Chief Pabon also reminded citizens that the Wilmington Fire Department’s Fire Prevention Division (Fire Marshal’s Office) manages a smoke alarm and CO alarm program that provides smoke alarms and CO alarms free of charge to homeowners in the City of Wilmington throughout the year. The FMO also maintains a 24-hour Smoke Alarm Hotline at 302.571.4361. For more information about this program or to see if you qualify, visit here.

Wilmington is one of more than 100 communities participating nationwide in this Red Cross effort to reduce deaths and injuries caused by home fires. The smoke alarms installed in Wilmington will count toward a national goal of 100,000 for this year alone. Sound the Alarm events across the country are part of the Home Fire Campaign, which the Red Cross launched in 2014. So far, it has reached more than 1.7 million people and saved more than 552 lives around the country.