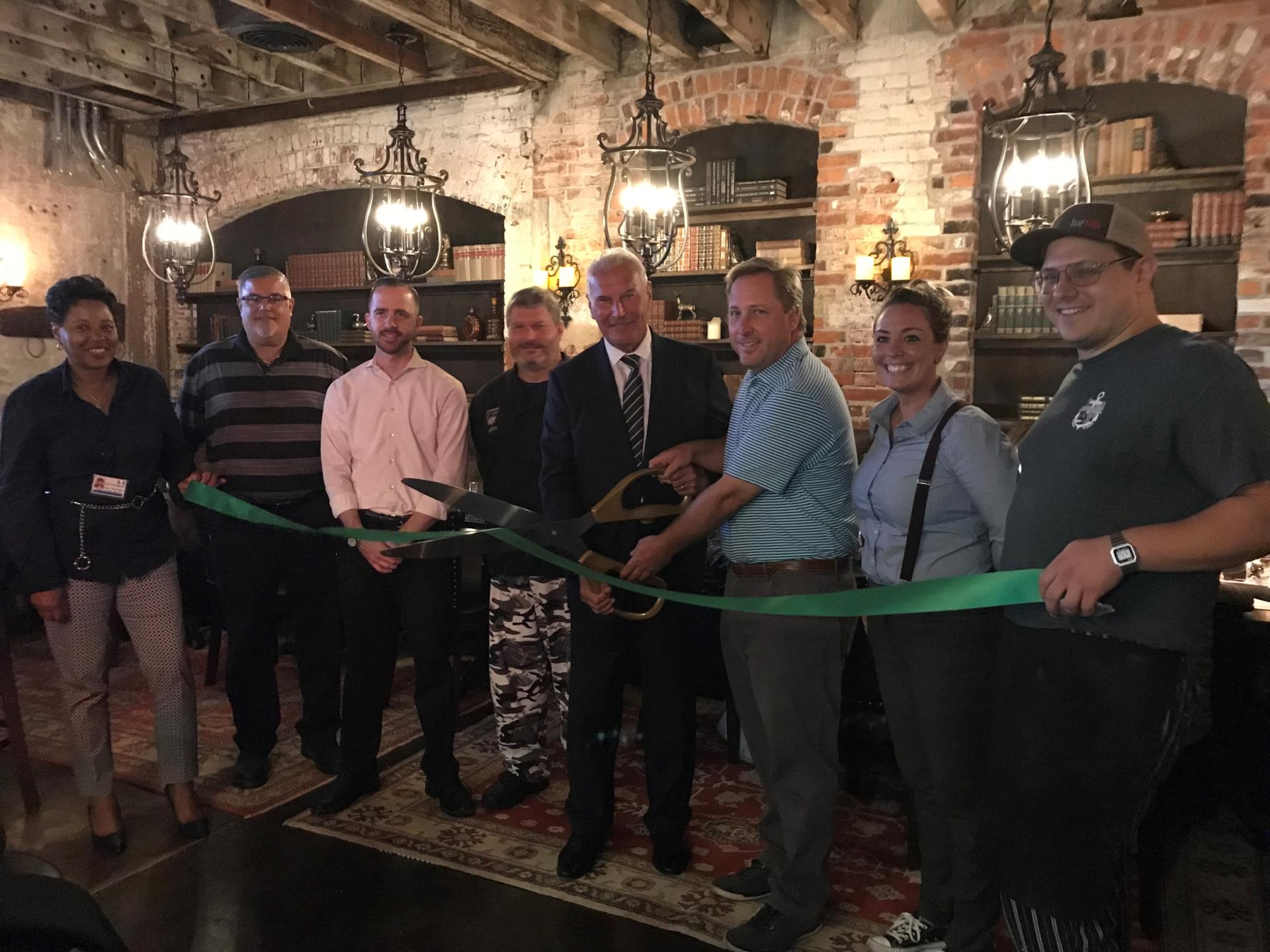 The new speakeasy-style bar and restaurant, featuring stone-hearth pizzas, shareable plates and creative cocktails, is the latest addition to the Big Fish Restaurant Group and is nestled behind two other Big Fish restaurants – Mikimotos and the Washington Street Ale House – in a building that dates to 1887 and was once home to one of Delaware’s historic stables.  Wilmington’s Harvest House and the Trolley Square Oyster House are also members of the Big Fish Restaurant Group.

“Torbert Street Social is quite unlike any bar or restaurant that Wilmington has seen,” said Mayor Purzycki, “and I can’t tell you how beautiful this renovated historic structure is, with its restored brick exterior and stunning patio spanning the length of the building. This is a wonderful complement to the many fine eating and drinking establishments in the Downtown District and other nearby neighborhoods.”

“I thank Eric Sugrue and everyone at Big Fish for their continued dedication to our City and to providing patrons with great food, drink, atmosphere, and service," the Mayor continued. "This kind of commitment is helping transform our City and is one more positive sign that Wilmington is moving in the right direction.”

Torbert Street Social is currently open Thursday through Sunday from 4:00 p.m. until 1 a.m. It boasts a unique atmosphere designed for gathering, with a refined and carefully curated décor that includes several cozy seating areas, a fire pit, live-music stage, and oversized games to play outdoors, as well as an expansive bar, cushy seating nooks, and community farmhouse tables inside. The list of libations is a mix of classics, new and sophisticated cocktails, an impressive sampling of beer, and a notable wine list. Interesting favorites of guests thus far include the Bird and The Bees cocktail featuring lavender-infused Aviation gin, Twice Cooked Duck Wings, Lobster Grilled Cheese Squares, and Foster The Banana, one of several adult-spiked shakes making an appearance on the menu, which can be accessed here.