Mayor Mike Purzycki and Fire Chief Michael Donohue honored five Wilmington Fire Department members who were promoted on Wednesday at a ceremony hosted by the Chief at the Louis L. Redding City/County Building on North French Street. Friends and family joined the honorees in the first floor City Council Chamber to celebrate the members’ accomplishments.

“Thank you to the families – the wives, the children, the parents and grandparents and extended family members – whose support is instrumental in furthering the careers of these fine firefighters,” said Mayor Purzycki. “You should all be very proud.”

“I always tell my management team that you can’t win without good players, and Chief Donohue has great players,” the Mayor continued. “I’m really proud of the leadership team the Chief has put together, and all those who were promoted tonight are now part of that team.   That comes with considerable responsibility as well as the chance to do some pretty remarkable things. Congratulations to all of the dedicated firefighters here tonight on your achievement and I wish you much success in your new roles.”

Promoted to Deputy Chief was:

Promoted to Captain was:

Promoted to Lieutenant were: 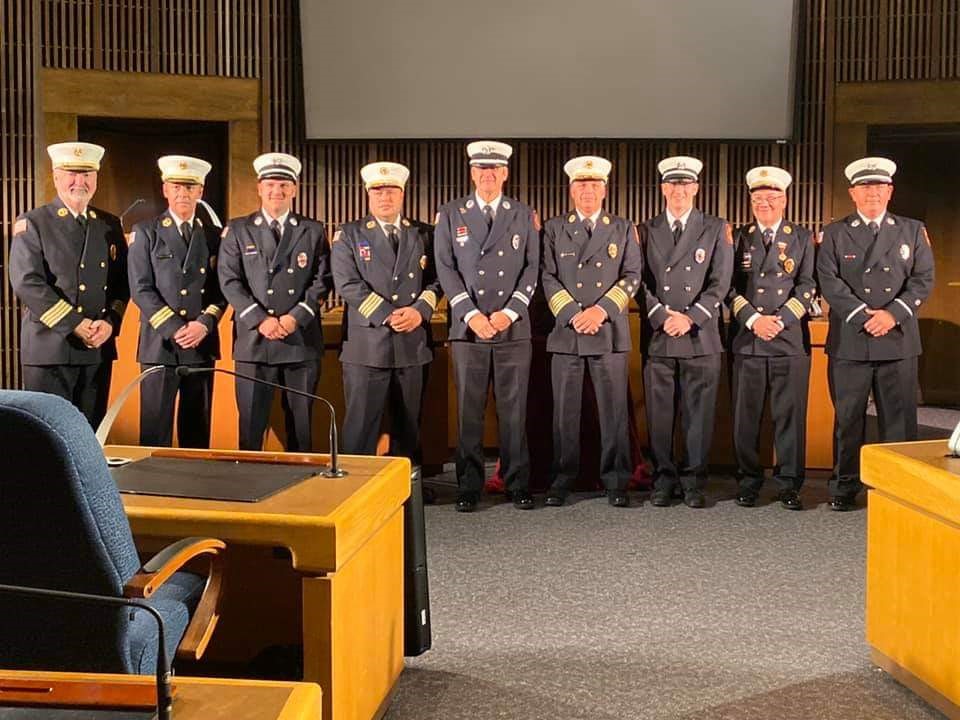