Groundbreaking for the Wilmington Wetlands Project.

“This project is a big deal for Wilmington,” said the Mayor, “especially for the residents of the Southbridge community and other parts of South Wilmington, which have had to deal with persistent, damaging flooding for far too long. I’m sure that the South Wilmington Wetlands Park will make a huge difference for this part of the City. It won’t solve all of our high-water problems, but it will help to mitigate these issues and provide a beautiful park for everyone to enjoy. I express my sincere thanks to the Southbridge community leaders such as Marvin Thomas and Marie Reed, and government officials who have worked together since before 2006 to bring this concept to reality. About a year from now, we will gather again to celebrate the opening of the new park.”

Planning for this project began more than 15 years ago, when the Southbridge community identified the current site as a suitable location for a wetlands park. It has taken more than a decade to acquire the land needed to build the park as well as to complete the planning and engineering and receive federal and state permits. During that time the City of Wilmington has been working with other agencies, non-profits, and the Southbridge community to develop a park that incorporates community feedback to address ongoing issues of flooding and contamination.

Funding for the project includes $21 million in City capital funds that were borrowed from the State’s Clean Water Revolving Fund; $3 million from NOAA/National Fish and Wildlife Foundation; $1 million in brownfield funding from the federal and state governments; and a $25,000 grant from the Nature Conservancy.

The 20-acre project includes the restoration of 14 acres of degraded wetland to a high-functioning freshwater tidal wetland habitat in South Wilmington with a trail system. This will enhance coastal resiliency, improve soil and water quality, and restore habitat for a variety of fish and wetland and aquatic wildlife. The project will also increase local walkability and recreational opportunities. The most prominent design feature of the site is a wide, ADA accessible boardwalk/on-grade pathway through the heart of the park. This pathway will function as a recreational opportunity for residents as well as visitors that will also provide Southbridge community residents with greater access to other parts of South Wilmington and the Riverfront. The project is expected to be completed in late 2020.

The Mayor invites citizens to follow the progress of the new wetlands park by accessing the wetlands page of the City website here.

Mayor Purzycki addresses the crowd at the Wetlands Project groundbreaking.

“This project is a big deal for Wilmington,” said Mayor Purzycki. 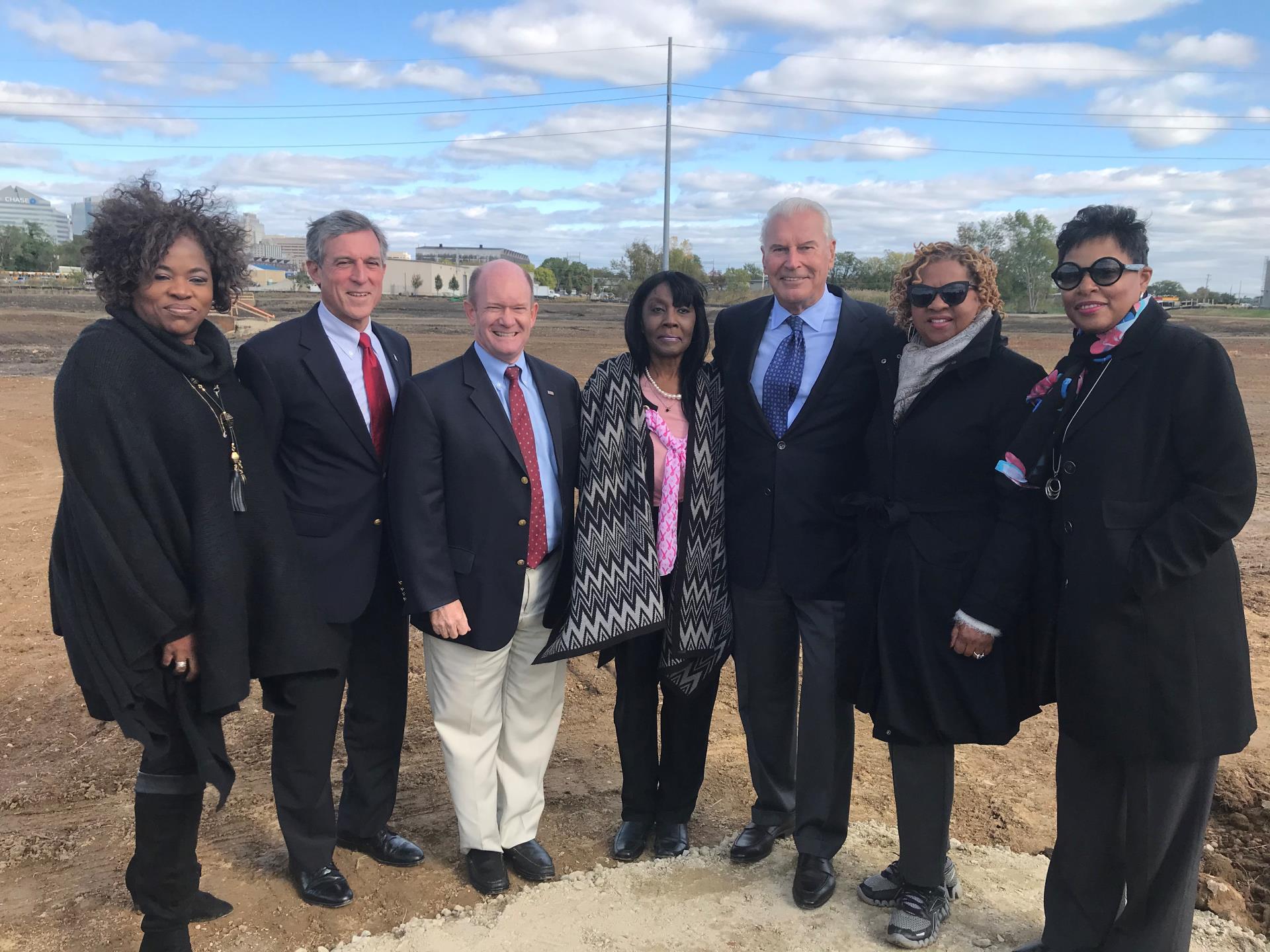 The award-winning Wetlands Park will open in 2020.