Wilmington’s Public Works Department has compiled the attached map and list of streets on which construction or maintenance will occur next week by the City itself, or by either DelDOT, Delmarva Power or private contractors. The attached information is for Monday, October 21 through Friday, October 25.

Mayor Mike Purzycki and Public Works Commissioner Kelly Williams said every effort is made to compile the most accurate list each week of street projects that could affect your travel in the City the following week. They cautioned, however, that the time frames for the listed projects could be altered if they are delayed due to factors such as the weather. 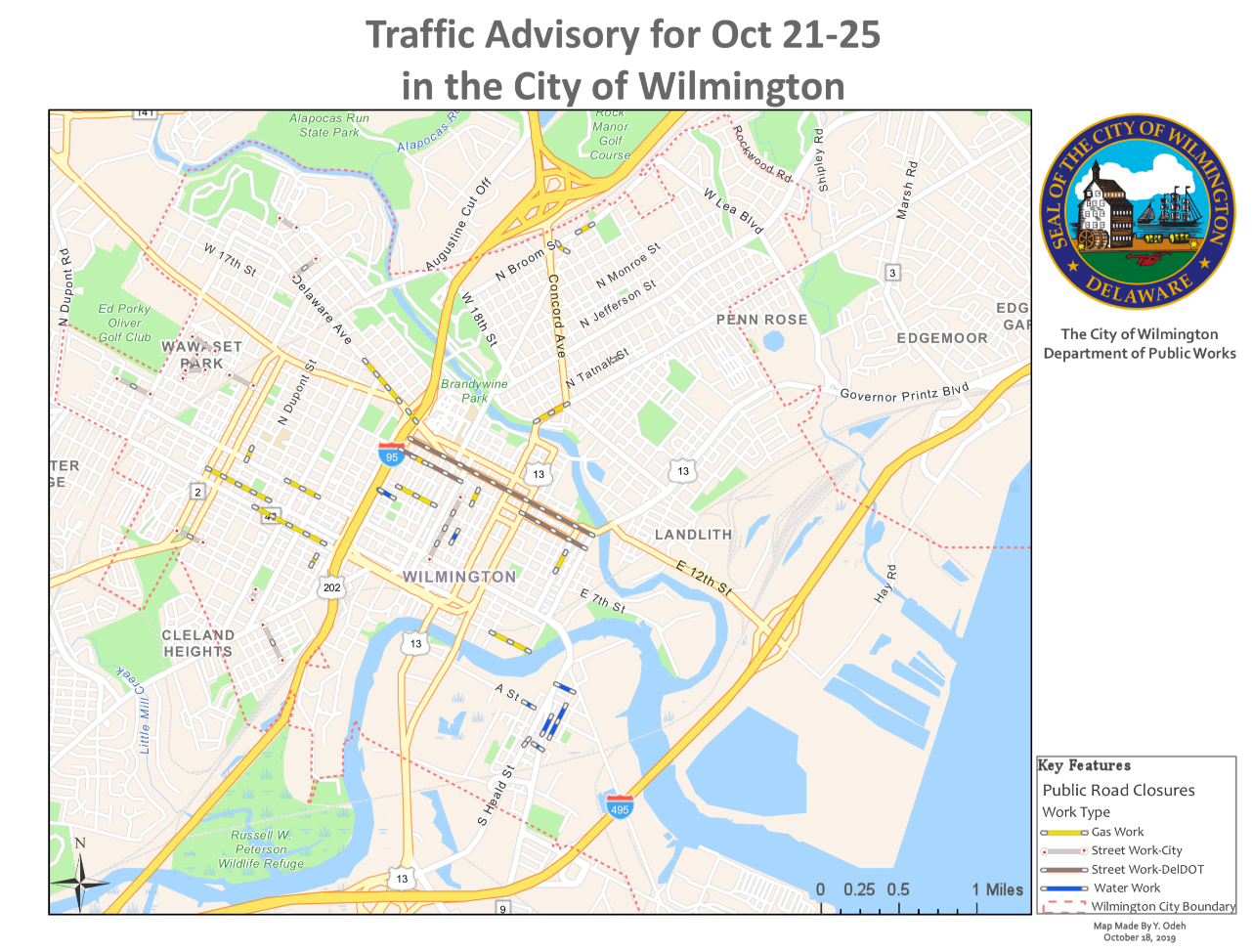 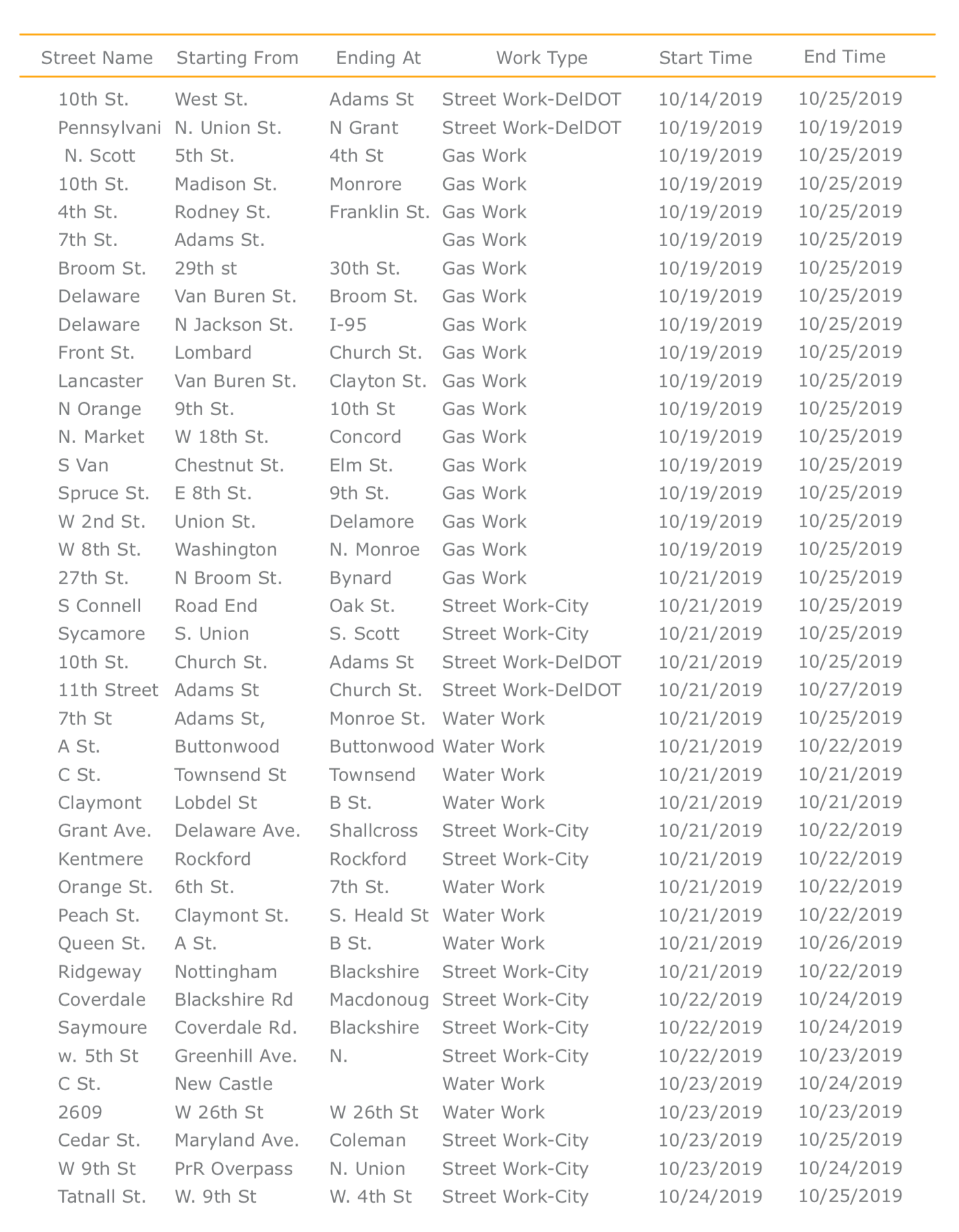