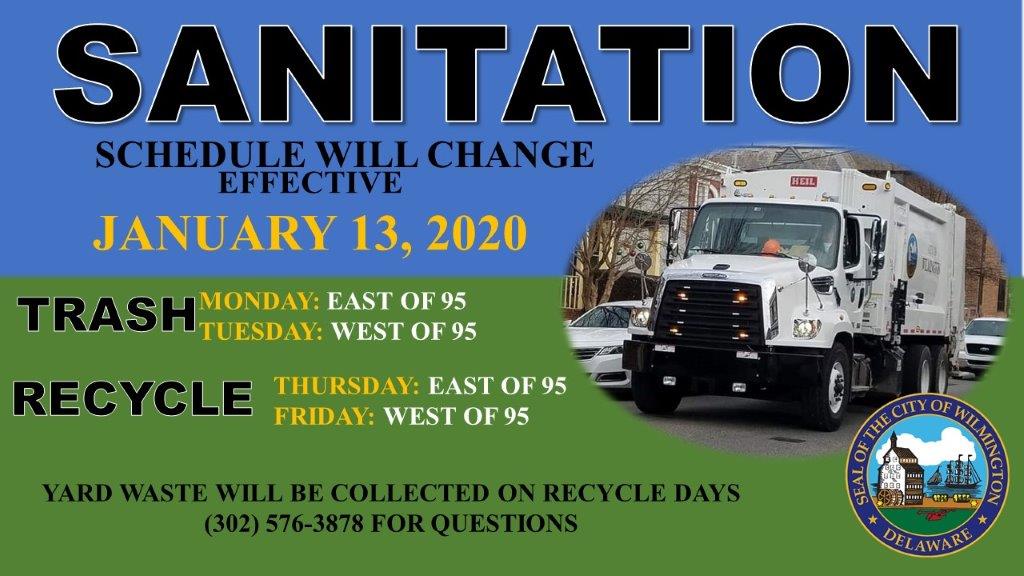 Mayor Mike Purzycki says the new year 2020 will bring renewed efforts to keep City neighborhoods and streets clean as Wilmington’s Beautiful City campaign, which started in 2017, continues. The Beautiful City effort has produced a much cleaner City as local neighborhood residents have been hired periodically over the past few years as daytime street cleaners to complement the outstanding work of the City’s Public Works street cleaning teams. The Mayor said more residents will be hired beginning in March of 2020 to help keep the City even cleaner.

The Big Trash and Recycling Switch Happens on January 13
The Mayor and Public Works Commissioner Kelly Williams announced today that the City’s current trash and recycling collection program, which has been in place since 2006, will be changed on Monday, January 13. Starting next month, trash will be collected on Mondays east of Interstate 95 and Tuesdays west of I-95, while recyclables will be collected on Thursdays east of I-95 and Fridays west of the interstate. Wednesdays and Saturdays will remain as back-up collection days as needed for weather and holiday-related collection delays. The City is making the big collection day switch so that trash, especially heavily spoiled trash materials that accumulate from the weekend, can be collected and disposed of earlier in the week.

All Residents will Receive New Gray Trash Bins in March
Mayor Purzycki and Commissioner Williams also said today that as an incentive to encourage residents to place their trash inside a receptacle instead of on the street and curb, the City will distribute new gray-colored trash bins to the City’s 21,000 residential properties beginning in March of next year. The new bins, which are like the City’s maroon recycle bins except in color, are equipped with lift bars, making it easier and more efficient for the City’s sanitation crews to collect trash. The bins also have radio frequency identification (RFID) chips attached, just like the recycle bins, so the City can collect data from the bins and the trash collections routes.

The Mayor and Commissioner said the City’s hope is that the new trash bins also serve as a reminder to residents that the City collects both trash (gray bin) and recyclables (maroon bin) and that residents will make a greater effort to separate their trash materials properly to increase the collection of recyclables while reducing the amount of trash that the City takes to the landfill. 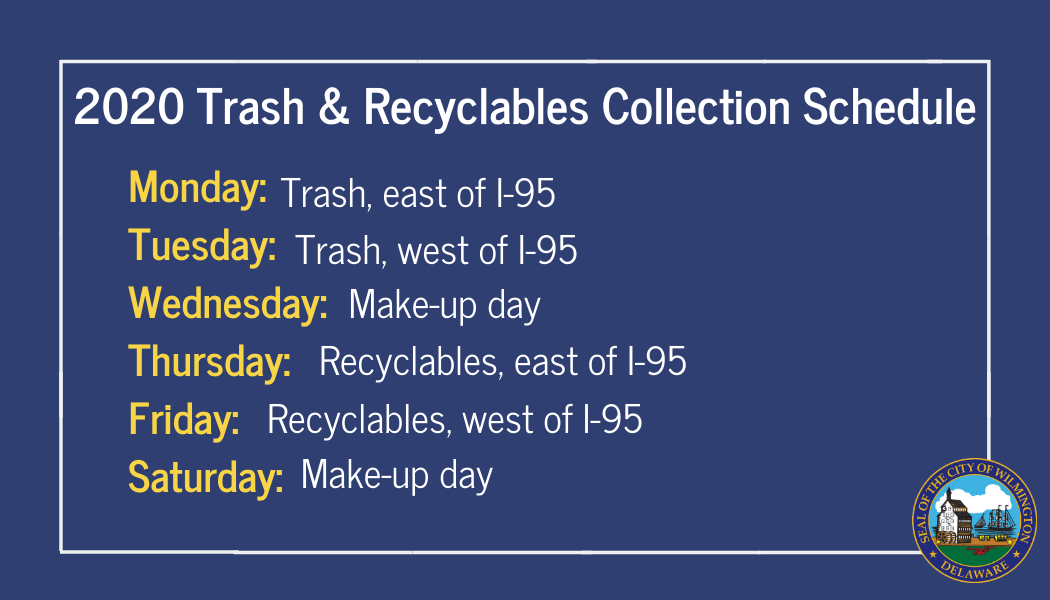