Haskell passed away on Thursday at the age of 98

Mayor Mike Purzycki today directed that Wilmington government flags be flown at half-staff in observance of the death of former Wilmington Mayor and Delaware Congressman Harry G. “Hal” Haskell, Jr., who died Thursday at the age of 98 at his home in Pennsylvania. Mayor Haskell was elected in November of 1968 as a Republican in a predominately Democrat-controlled city and served one-term from 1969 to 1972. Haskell, who was defeated for re-election by Democratic City Council Member Tom Maloney, was the last Republican to be elected Mayor of Wilmington.

Current Mayor Mike Purzycki said he and Haskell became fast friends when Purzycki was elected to office three years ago. “Hal was a dear, sweet and giving person,” said Mayor Purzycki. “Anyone who met Hal would immediately pick up on his sincerity, authenticity and how he cared deeply for people. He appreciated the struggles that people go through and that understanding guided his actions. He was a giant of a person who will be missed greatly. The people of Wilmington, and indeed all of Delaware, thank him for his public service.”

Mayor Haskell took office at a very difficult time for the City, which was experiencing social unrest in the form of street rioting and other conflicts following the assassination of Dr. Martin Luther King, Jr. in April of 1968. Haskell took great pride in the fact that he and newly elected Delaware Governor Russell W. Peterson decided that the National Guard, which had been enforcing a controversial citywide curfew, should be immediately removed from the City.

During his time as Mayor, he worked diligently to heal the City and create jobs through public and private partnerships. Using his own money, he created Action Task Forces in neighborhoods around the City so he could learn from citizens about their needs and the types of City programs and services they wanted. The task force effort led to, among other things, a more robust parks and recreation system for Wilmington with additional swimming pools added.

Prior to serving as Mayor, Haskell was Delaware’s Congressman. Even though he served just one, two-year term from 1957 to 1959, Haskell, as a freshman member of the House, was responsible for the enactment of what is still in place today as the student loan program for the United States. This was an idea Haskell developed a few years prior to being elected to Congress when he worked in the Office of Education in the Administration of President Dwight D. Eisenhower. Haskell’s boss in the Office of Education was former New York Governor Nelson Rockefeller.

Haskell’s focus on creating new opportunities for young people continued later in his life as he established the Delaware Futures program to help students achieve a college education. Delaware Futures helps at-risk, economically disadvantaged youth develop the social, academic and problem-solving skills they need to qualify for college and expand their opportunities.

Details regarding funeral arrangements for former Mayor and Congressman Haskell have not yet been announced. 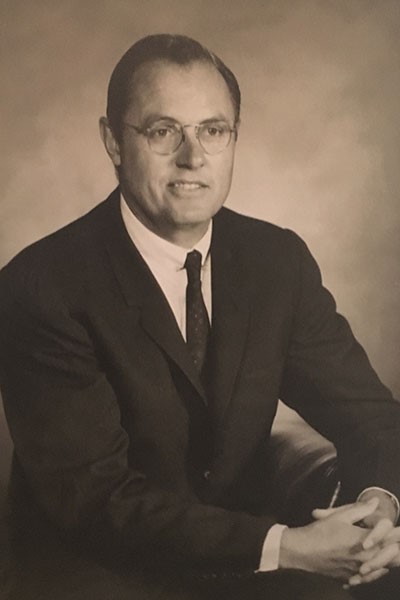