Property owners in the designated Downtown Development District are eligible for a variety of incentives from the State and the City of Wilmington. The most valuable of these incentives is a rebate of 20% of the construction costs from the State of Delaware for qualifying construction projects over $25,000. The idea is that by leveraging state resources, strategically deploying local incentives, and coordinating the efforts of many organizational partners, the Wilmington DDD will stimulate private investment and create a flourishing downtown area with equally attractive neighborhoods that are even more physically connected and represent a true live/work/play destination.

UPDATE: On February 13, 2019 Governor Carney’s announced that all eight Downtown Development Districts can apply to receive an increase of up to 25 acres to their existing DDD boundaries. Working with the Office of State Planning Coordination (OSPC) and others; the City came up with a boundary expansion plan that could have a substantial impact on revitalization efforts adjacent to the current boundary; including, but not limited to, the addition of increased employment opportunities and improved housing options.

Given that Market Street is the City’s traditional spine for commerce activity and considering the economic development needs of the community within the expanded area; the decision was made to extend the DDD boundary up North Market Street to 24th Street. The total acreage was increased from 225 acres in the previous boundary; to the maxim allowable 250 acres under this approved expansion. 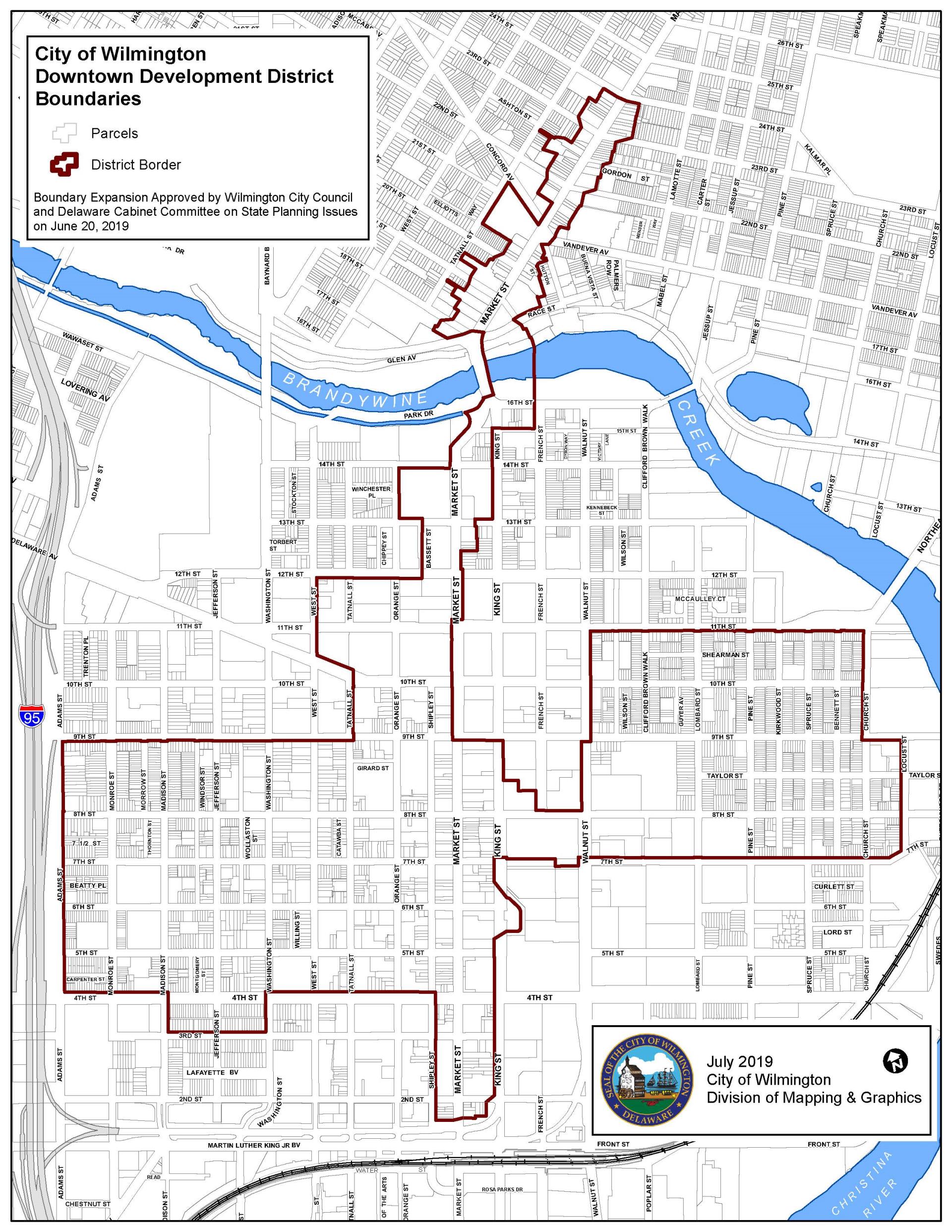 AREA OF PROPOSED DISTRICT IN ACRES: 223

Learn About the DDD

Learn about the district, the City of Wilmington's plan to create a vibrant live/work/play downtown, and how the plan will strengthen adjacent neighborhoods.

To learn about how to obtain a DDD grant, contact the Delaware State Housing Authority (DSHA).

Free viewers are required for some of the attached documents.
They can be downloaded by clicking on the icons below.