The Wilmington Police Department is primarily organized by personnel who report directly to the Chief of Police, and by two branches overseen by Inspectors – Operations and Administration.

Office of the Chief of Police

The Office of Chief Robert J. Tracy includes the following personnel and teams:

The Operations Branch is overseen by the Inspector of Operations, Cecilia Ashe, and includes the following: 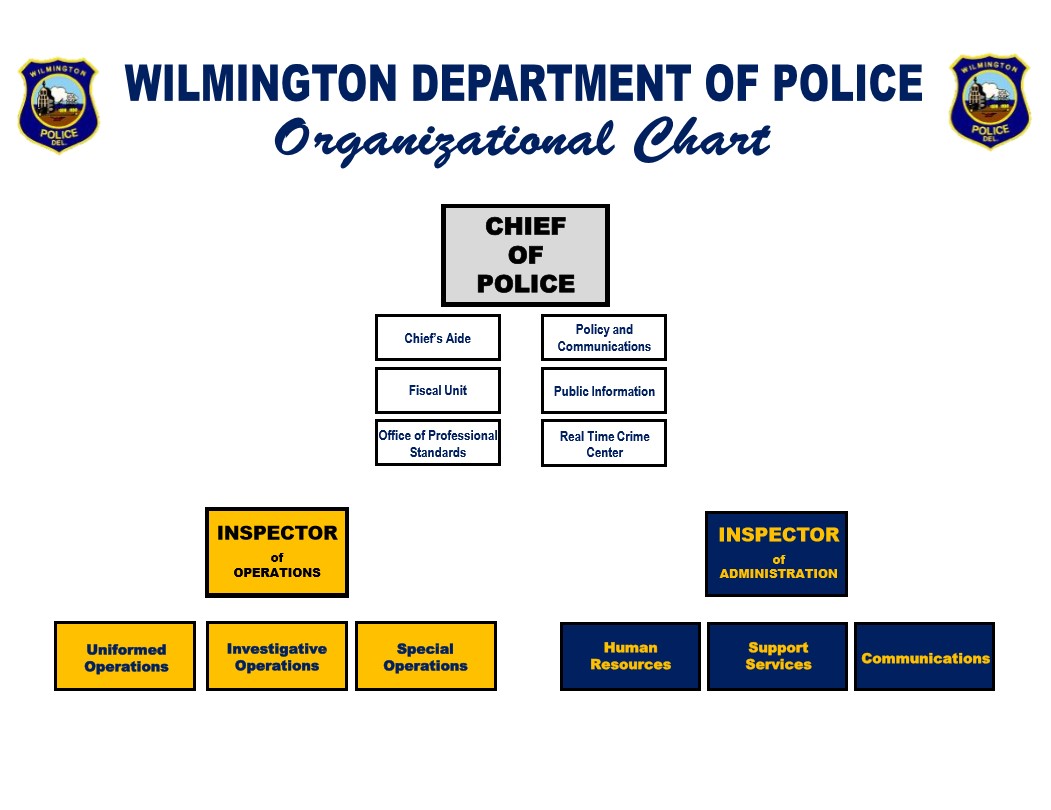