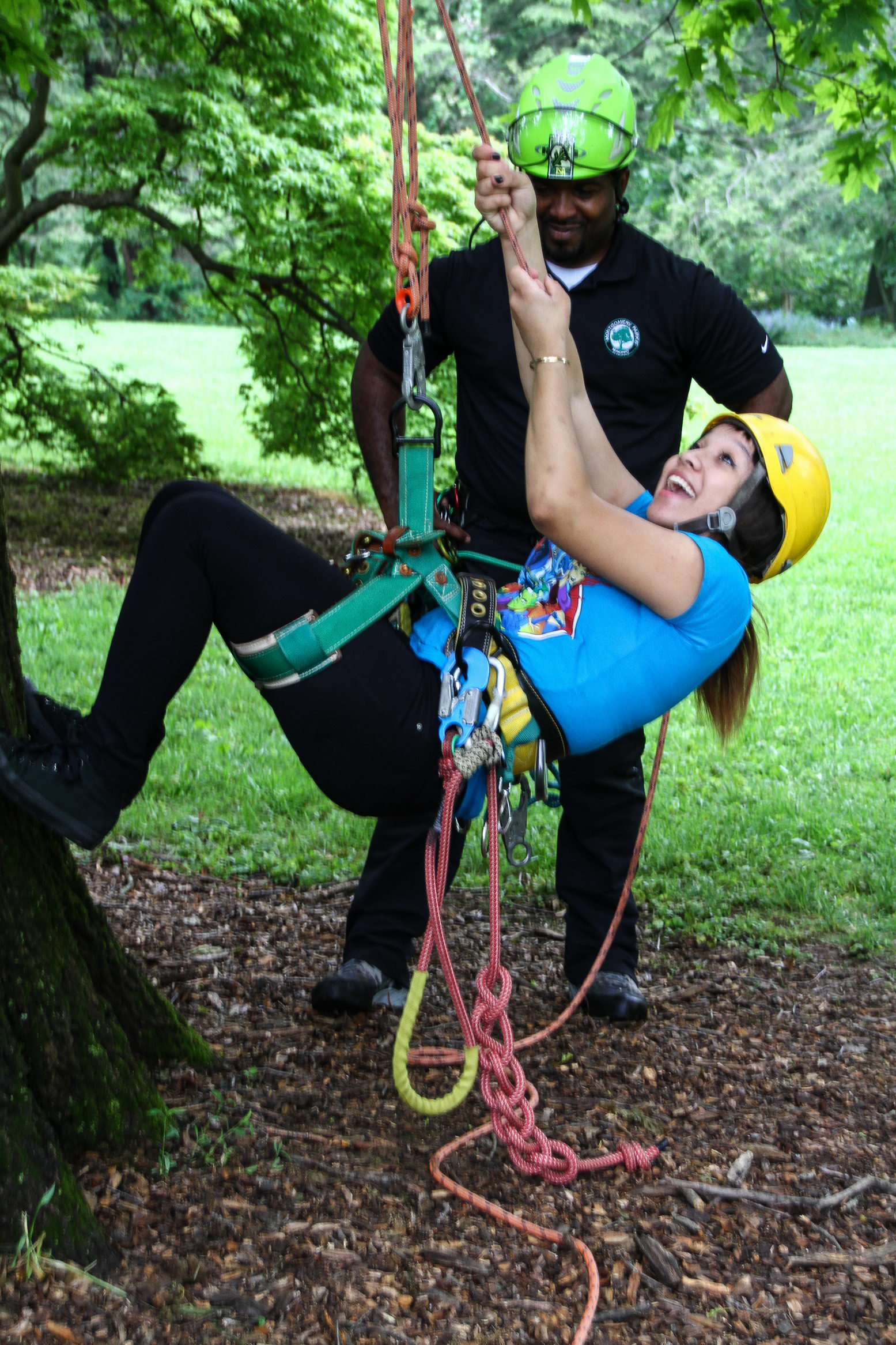 Herbert White is an ISA board certified master arborist and an at large member of the Penn-Del Chapter ISA board of directors. He earned a degree in forest science from Penn State in 2000. White began his career as an integrated pest management technician and tree climber with F.A. Bartlett Tree Experts. He has worked as chief arborist and the University of Pennsylvania's Morris Arboretum and as an urban forester and arborist operations manager at the Montgomery Parks Department of the Maryland National Capital Park and Planning Commission. He has also taught arboriculture and provided extension education at Montgomery College in Gaithersburg MD. In his current position, manages all of the City of Wilmington Delaware's trees and green infrastructure. Herbert has the goal of connecting people to natural resources in the urban environment and advocates for environmental justice through public outreach, greenspace enhancements and public resource allocation.

How did you discover that you were interested in working with trees?

I was introduced to trees in the city, in a very urban situation, in a stream valley park in the center of Philadelphia. Believe it or not, I grew up on a street that didn't have any trees. But my grandparents' house was tree-lined, so I saw the difference trees can make. That's part of my goal, to fight against the treeless streets, to plant trees in the city and introduce people to them. I'm generally interested in trees because I have come to see them as the facilitator of life on Earth - they play a part on so many of the natural process and cycles that sustain us.

How did your time at Penn State impact your understanding of trees in the urban environment?

When I came to Penn State, I learned what a tree actually is, its physiology and how it connects to the environment, through coursework and through some key reading. I was able to see from a scientific perspective how ecosystems function and organisms that interact with each other in the way a city planner might not. In college I read a book called "Water: A Natural History," by Alice Outwater, and it talks about how the way man has interacted with trees since the United States was colonized, mainly harvesting trees and timber, has had on water quality and biodiversity. It created problems for settlers like mudslides, and they realized they needed to plant some more trees, restore the forests. But I really started to see that every little piece helps, and that even small-scale flora and fauna can have an impact on water quality. It helped me to understand how small localized projects can make a huge difference, and a lot of time funding for those projects is easier to come by, as well.

What advice do you have for a student who wants to become an urban forester?

In addition to reading, take advantage of the flexibility you have in your coursework. I always say, "Never waste a credit hour." I started out taking big-picture electives - anthropology, for example, that helped me understand the interaction between man and the environment. Then, later, I realized there were more specific things I needed, like GIS courses, and I've definitely used those in my career. I always recommend practical experience and internships. Every summer, I would go through the White Pages and look for something related to what I wanted to do, any listing with "trees" or "arboretum" in the title, and I would call them and ask what I could do there. I also climbed trees competitively, which let me get sports and art and science all in one, sort of. The thing is that you never know whether you will like something until you try it, so you should try different things.

What interesting developments have you seen in urban forestry throughout the course of your career?

I tell people that I was an urban forester before urban forestry existed. People have come to understand what "urban forestry" means now and are starting to understand the importance and the role that the natural environment plays, and the services that elements of that environment, like trees, can offer. In Philadelphia I have seen the culture is changing to one of "urban green" and environmental sustainability and stewardship. There are people whose jobs are to plant and maintain street trees. When you build things, you create impervious surfaces and increase the levels of atmospheric carbon, and green spaces are an important part of the infrastructure. There are programs to mitigate the effects of run off, flooding, to improve air quality. A tree has a role in the urban environment; they're not just for decoration. In nature a Sycamore tree might sit on the bank of a river, and in the urban environment, we might mirror that natural system by setting it on top of a tributary that the city uses to transport waste, for instance. Private companies and public institutions are seeing the value they can get from trees and they can actually calculate a dollar value for a certain tree in a certain situation. So our role is to look at the entire urban environment and help make a plan that is beneficial.

What is the overarching message you try to convey in your work and outreach?
There are more than just trees that comprise the urban forest. The difference between a forest out in the sticks and one in an urban environment is the presence and the dominance of the built environment and human beings. In an urban setting, trees are our neighbors instead of the dominant land use. So I explain the do's and don'ts of living with trees and help people to see the value they can provide to their communities.